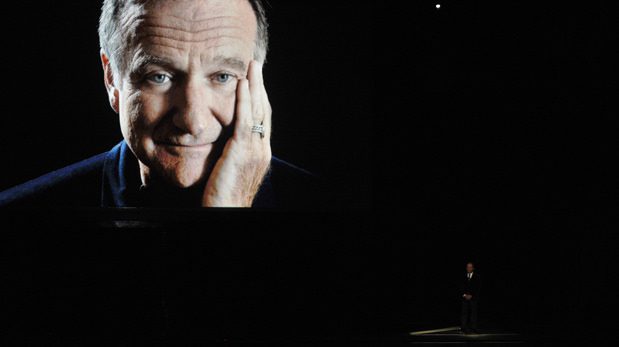 It is still a very heart breaking fact that Robin Williams has passed away. His movies were definitely classics and unforgettable. He had no trouble with making people laugh or cry with his performances. He was always known as a person full of humor, but that proved to be false when he took his own life in August 2014. His final dramatic performance will be debuting July 10. Williams, in the upcoming movie, Boulevard, delivers a powerful life message that can resonate with everybody.

No one would have guessed that a jolly man like Williams would proceed to end his own life, but he was suffering from depression. This new movie is being commented by critics as his best performance yet. Did he put incredible passion behind the role because he knows what it feels like to be in a mental bondage just as the protagonist? Conspiracy theories will probably be arising as the movie draws closer and once it premieres.

The movie trailer begins with emotional music to set the tone right. The two and a half minutes introduces the audience to a banker named Nolan who seems to live an average life. He is doing rather well financially but does not have much joy in life – his marriage also looks like it is crumbling. The lack of joy in his life is directly due to the lack of honesty with himself. He is a closeted homosexual who obviously never came out which affected the quality of his life.

Driving down an unfamiliar road, Nolan comes across a young homosexual street hustler named Leo. They befriend each other rather quick and Nolan’s world is turned around. Leo coming into the picture gave him a realization about his own life. He questions his sexuality and marriage. The trailer pans messages that remind viewers that it is never too late nor early to turn their life around. Boulevard features Williams whose performance delivers a powerful life message.

He reminds the audience that the most important thing in anyone’s life is to be true to themselves – to not be ashamed of who they are. Nolan had everything superficial to make him happy, but it was not enough for true inner joy. That joy comes from being one’s true self. Lately, this seems to be the hot topic around U.S mainstream media. First Bruce Jenner with his transition to Caitlyn. Second, NAACP leader Rachel Dolezal turns out to be someone who was originally a member of the white race but felt like she was truly black. Now, a Williams movie with a man who is a closeted homosexual and finally decides to come out at 60 years old. It is a very coincidental series of events most definitely.

Williams always had a unique talent in playing dramatic roles, so Boulevard will be an appealing showcase of a powerful life message being delivered. It is a fitting role as a final goodbye to the beloved actor. The trailer for the movie can be seen below.

US Magazine – Robin Williams’ Final On-Screen Performance in Boulevard Will Give You All the Feels: Watch the Trailer