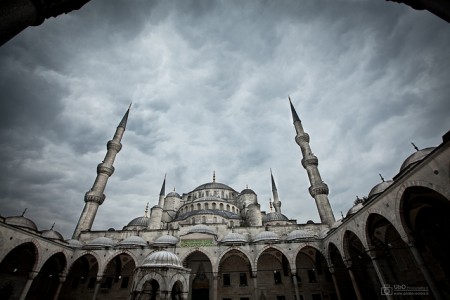 Turkey Gay Pride festivities in Istanbul were disrupted by police violence, as the police blocked off many of the side streets that hosted the Pride walk and fired into the crowd with rubber pellets and tear gas during the parade. The police also fired water cannons into the crowd, knocking people off of their feet with the heavy blast of water and injuring dozens of people. The parade has been held in Turkey for a little over a decade, usually without being disrupted. Just last week there was a transsexual awareness parade that did not experience government disturbance.

Turkey’s Gay Pride festivities were disrupted by police violence, and many LGBT groups called on the government to cease police attacks and to make a statement to the people. Some demonstrators would like an acknowledgment from the government of the violence that members of this community suffer. This year, the government disrupted the procession, stating that it would interfere with the holy month of Ramadan. Hate crimes are frequent in Turkey, which is a Muslim country and thus has a low tolerance for the LGBT community.

Although consenting sex between two people of the same gender is not illegal in Turkey, it is socially frowned upon, and the constitution does not offer protection for the civil rights of the LGBT community. Violence against gays, mainly in the form of honor killings, is not atypical in the country. Lenient sentences are usually the result in those accused of killing openly gay family members. With all of this said, Turkey is still the most progressive country in the Middle East, it being one of the few places in the regions where the Gay Pride festivities are even hosted. In neighboring countries such as Egypt, Iran and Saudi Arabia, being gay is against the law and is punishable by death.

In the neighboring country of Iraq, the country’s militia rounded up transgender people and men who displayed effeminate behavior in what was infamously known as the “emo killings” in 2012. Activists in Turkey are not only fighting for equality, but for basic human rights, as well as the right to live and to love openly as who they are. Activists were ready to celebrate more than ever with the recent triumph in the United States, where the Supreme Court struck down all bans on gay marriage nationwide.

LGBT groups also supported anti-government action during the infamous Taksim Gezi Park Protests. In the Taksim Protests, the government took violent action against peaceful demonstrators in the park. Taksim Gezi park is a historical landmark in the center of the city of Istanbul, which the government threatened to develop and turn into a shopping mall. 11 people died in the protests, and many more were injured. Although the festivities were disrupted, no one was killed in this year’s recent Gay Pride parade.