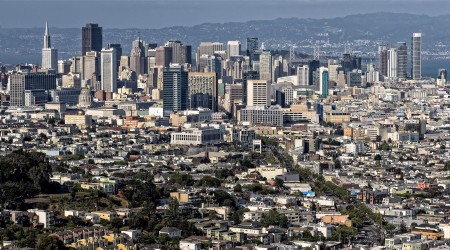 The National Weather Service has issued a heat advisory for the San Francisco Bay Area until Wednesday at 9:00 p.m. local time. Temperatures up to 108 degrees Fahrenheit are forecast for some some areas of the state today.

Unfortunately, instances like this are becoming the norm for the West Coast as the California drought lingers. Residents of the state have struggled to get by on limited amount of water supplies.

The Climate Prediction Center, an agency affiliated with the National Weather Service, stated in its monthly report in March that the outlook for summer will include a strong chance for El Nino, which has arrived. Climate scientists from NASA have also stated summer 2015 will be the hottest on record.

The years-long California drought has caused countless damage and suffering to farmers in the area. In 2014 alone, farmers in California recorded an estimated $200 million loss in dairy and livestock.

Due to the over use of groundwater, many lake beds and streams have completely dried up and are now just rocky beds. Water restrictions are currently in places in the areas that have been hit the hardest, especially in metropolitan areas like San Francisco. Many blame the prolonging California drought on climate change.