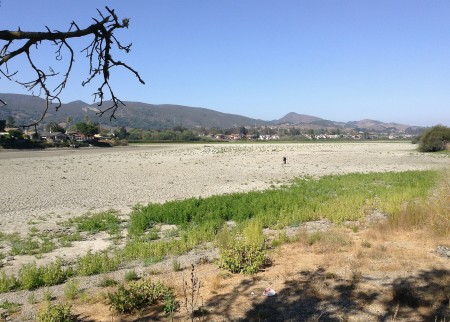 According to a new study conducted by scientists at NASA on the integrity of the Earth’s groundwater reserves, an alarming realization was brought to their attention regarding the decreasing health of the environment. The study was performed by researchers from the University of California Irvine, with information collected from NASA’s Gravity Recovery and Climate Experiment (GRACE) satellites from 2003 to 2013. NASA discovered that subterranean reserves of fresh water are now being threatened by reoccurring droughts, possibly caused by human-induced climate change.

Approximately 35 percent of fresh water that humans use comes from underground aquifers. Though, these localized bodies of water within the crust of the Earth that supply vast areas of dense populations are slowly drying up, leaving millions in urban areas in danger of being left without one of life’s most vital resources.

Scientists are now concerned about the near depletion of groundwater reserves within the next few decades. According to the study, over the last 10 years, much more fresh water has been taken out of 21 of the Earth’s 37 largest aquifers than has been replenished. Furthermore, 13 aquifers are stated to be in, “serious distress,” five of which have nearly no chance of ever being replaced naturally. This is cause for great concern, because groundwater aquifers take thousands of years to refill.

Alexandra Richey, lead author of NASA’s study on the threatened groundwater reserves, stated her team is, “trying to raise red flags now to pinpoint where active management today could protect future lives and livelihoods.” She explained that largely populated areas that rely on natural aquifers as their main water supply may be in danger in the near future. Urban areas in the United States like Phoenix, Arizona, and places in Southern California are among those that are the most threatened. Years of droughts have nearly dried up the groundwater that is necessary to local farms in the watershed.

Another area that is the most threatened is the Arabian Aquifer System and the Indus Basin in the Middle East. The population in this area relies solely on underground aquifers to replenish the sources of their cities and towns, but this has led to an environmentally crippling demise of the supply of fresh water. The health of the reserve was assessed to be the most overstressed in the world. This aquifer supplies the nations of Qatar, Syria, the United Arab Emirates, and others, home to more than 60 million people that live in this region of dwindling resources.

Scientists from NASA have urged governments in overstressed areas to conduct further research into the possible rehabilitation of the underground aquifers, so that measures can be introduced in endangered regions to combat a total loss of a groundwater reserve. Considering 95 percent of the Earth’s fresh water supply is held underground, it is a necessity that scientists analyze more data from NASA to find out how to slow the damage that increasingly threatens the health of groundwater reserves, and to bring them back to life.

The Washington Post: The draining of the world’s aquifers

Mid Day Daily: EARTH’S GROUNDWATER RESERVES MIGHT BE IN DANGER