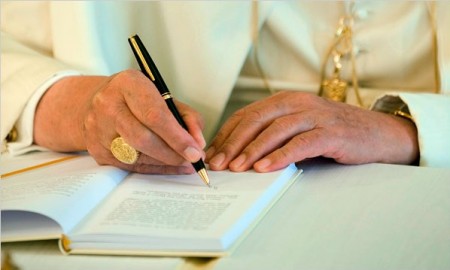 “The Pope should not mix religion with politics,” exclaimed many after the recent release of Pope Francis’ environmental encyclical Laudato Si’ (meaning Praised Be), in which he made statements that reflect the ideas of many similar doomsday scenarios, now putting him under the political eye. Though politicians have often used God in their repetitive speeches to sway the public, it seems that many feel as though Pope Francis overstepped his boundaries by introducing information and his opinions about the environment. While many find the words in the encyclical to be poetic, beautiful, and even powerful, others, such as politicians, even those that are Catholic, reject the encyclical and scrutinize the Pope for publishing it.

Even before the encyclical was published for public view, it was receiving mass rejection. On the preceding Monday, before the encyclical was published, the document was leaked and was seen by many who objected the views within it and decided to try and undermine its publishing, before others could see it. Ted Widmer from Politico called the document “essential reading, overnight,” not because it was a great masterpiece necessarily, but rather because it caused such a political storm. So what was inside the document that caused such an uproar?

By now, nearly everyone knows that inside the document were Pope Francis’ views on the environment. Many called these statements doomsday predictions, which is why Pope Francis was soon put under the political eye. As many who have held his position in the Vatican before him have put in their views about religion (though encyclicals have also included opposition to birth control and nuclear weapons), Francis decided to put his ideas about the impending doom that could come about if God-made humans do not start respecting and caring for their environment. In a world where climate is spoken of by nearly everyone, it seems only fitting that the Pope would take an opinion about doomsday. 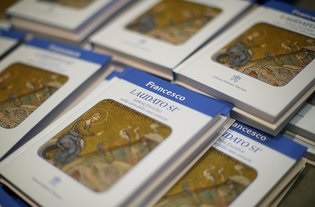 Sources state that it is Republicans that have the most disdain for the encyclical, but the opposition of many political figures against the statements made by Pope Francis could have nothing to do with doomsday and everything to do with his eye for why the environment is in danger. Calling for movements that reflect compassion and good, Pope Francis made statements about consumerism and social environment. In today’s day and age many believe that the increase of consumerism, the betterment of economy (no matter how it is achieved), and the increase in social activity (especially through the internet) are ways that the world is getting better. However, the Pope believes that these things are contributing to the worsening of the environment, stating that the environment is being squeezed dry.

In the supposed doomsday encyclical, the Pope directly urges people to move away from using fossil fuels, find a different method of leadership, and even proposes that humans quit being swayed by greed and self-interest. One of the quotes that seems to be picked on the most, out of the document, is “Doomsday predictions can no longer be met with irony or disdain.” This one simple phrase out of many pages, has created what is being called the “political earthquake” that Pope Francis is now facing over his statements about the environment and the doomsday that may come as a result of ignoring it, putting him under the eyes of politicians.

Many are watching his moves only because they feel that he is crossing the line into territory that is not religious, even though to most it seems that his encyclical is fully stemmed from religion. As there is already an existing debate going on about climate and how human’s actions are effecting it, it could be that the only reason the Pope is being criticized is because he chose to take a stand on a heated issue. As the Pope deals with a political storm over his statements about doomsday, everyone is taking a side on whether or not the environment is really leading to an apocalyptic end. However, sources state that many who initially took concern over the statements are now starting to come around. Businesses, especially, are now viewing the Pope’s encyclical as something that can bring about change for the future. Of course, that is only those who are interested in stepping away from fossil fuels. As the storm calms readers can start to see the light in the Pope’s written statements, doomsday, or not.