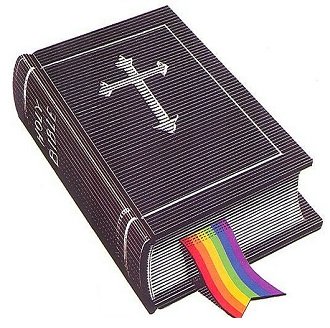 The Supreme Court has ruled in favor of same-sex marriage across the 50 states, changing the cultural landscape of this great country. This is a long-awaited victory for same-gender lovers who have longed to have their belief of family treated with equality. Many are asking what this means for the Christian faith and how does it affect the institution of church…?

In the very basic sense, marriage equality does not change the Christian faith much at all. Regardless of the victory won today, the church will no doubt play out as usual. Biblically stating, the life of the church should thrive when it is hit with cultural controversy. Adverse beliefs should not throw the tenets of the church off course. In places such as Philippi and Ephesus, Corinth and Rome, the message of Christ skyrocketed due to controversy. The victory of marriage equality should actually grow the Christian faith.

The church, regardless of cultural shifts, should be a beacon of love. Same-gender lovers are not out with some hidden conspiracy against the church. They are not enemies looking to upset the stained glass windows of the churches glorious sanctuaries; many of them are just like those who fill the pews in many grand cathedrals; they are seeking to walk in a way that seems right. This is nothing more for the church, but an opportunity to walk out what they talk so heavenly about – the greatest emotion known to humanity – love!

As same-gender lovers look for ways to enhance their relationship with faith, churches are going to have to open the doors of their heart and treat those that are different as they would like to be treated themselves – with a spirit of love as opposed to judgment. The good news of Jesus is for everyone and needs to reach them at all costs. This means the gospel, which has long only pointed the finger at the homosexual lifestyle, will need to expand and find a way to love them. If the message of hope cannot reach the gay and lesbian community it is not the gospel.

Many believers have hidden behind their bibles, long dresses, and arrogant mentality far too long. Well, it is time to open the doors to “whosoever will.” Believe it or not, like it or not, same-sex couples are coming to sit in sanctuaries across the globe. This is not the time for outrage, it is time for the church to do what Christ has always done – walk in love and forgiveness.  The church will have to extend beyond its family values and cultural wars to the truth of the faith which points to… “the Lamb of God who takes away the sins of the world.”

God designed marriage to be an iconic representation of his love for the church and the union between Christ and his church. The institute of marriage was created, not just for procreation, but to enlighten humanity on the principle of oneness between the head, which is God, and his body, the church. Even against the wishes of many religious institutions, same-sex marriage is marching on and headed in the direction of many “sanctified” communities. What an awesome opportunity marriage equality presents to the Christian faith as a witness and testament to God’s love.

Today, many agree that love wins and judgments have been denied. The Supreme Court has ruled in favor of same-sex marriage across the nation. This changes the cultural scenery many have come to know and love. Many are worried that marriage equality will somehow tarnish the Christian faith. The only way for the church to claim victory in today’s ruling is to remember the hallmark proclamation, “..And now these three remain: faith, hope and love – But the greatest of these is love.”

As the church continues to stand with conviction, let it not look at same-sex lovers as enemies.  Instead, allow the love which has been preached across pulpits for centuries to stand the test of time. Today, love wins!

One Response to "What Does Marriage Equality Mean for the Christian Faith?"