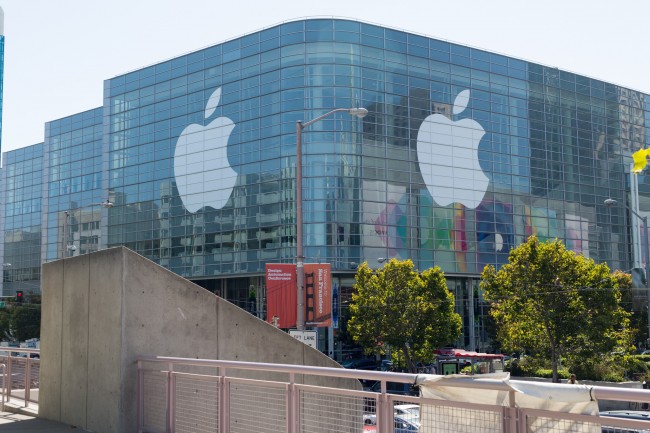 On Monday, June 8, Apple held their annual Worldwide Developers Conference. During the event, the company informs techs about their upcoming products, operating system updates, and new apps. The 2015 conference was different because women took the stage to give some of Apple Inc’s keynote presentations. Although women have taken the stage before in the past, it is the first time a women has appeared on stage in the last five years.

Apple Inc. has been working to change its male-dominating image it has been known for in the tech industry in its Silicon Valley location, and CEO Tim Cook told sources “Apple is looking to always make changes within the company, and they needed to do a better job with their gender issues.” Cook continued, “the company has always been known for their ever-changing events, but the absence of having leading women speaking at the events needed to come to an end.”

Jennifer Bailey appeared on the stage at the 2015 WWDC event to talk about the progress Apple Inc. has made with mobile payments. Bailey has been with Apple for 10 years, and she is the vice president of Apple Pay. During her speech, she spoke on the changes to the mobile payment system that will be taking place in the U.S. and the U.K. After her discussion, Susan Prescott, the company’s vice president of product marketing, appeared on stage to pitch the company’s upcoming News app. According to sources, seeing women representing Apple Inc. after a five-year absence made the 2015 event a memorable one.

While there are only three more days left of the conference, sources are hoping to see more female execs pitch company products and software updates, such as Apple executive and former Burberry CEO Angela Ahrendts. Since 2007, only three females have appeared at the WWDC keynote presentations. Two of the women were from third-party developers, and the third female was Christy Turlington Burns, humanitarian and model.

Apple Inc. has a workforce of 98,000 and only 30 percent of these workers are women. Although Apple Inc. may have lots of women working for the company, it is always surprising to see women at the events pitching products and updates. Diversity reports from well-known tech corporations, such as Google, Twitter, Facebook, and Yahoo!, show an imbalance in race and gender. It was not until recently that the companies began to understand that they need to foster role models.

If the tech industry does not look fitting for women, then it will be harder for jobs to be fulfilled. Microsoft and Samsung have had no problem including influential women in their conferences, and Apple Inc. is beginning to see that it is not a problem for them to do it as well.

Apple Inc’s senior leadership is still dominated by men, their top 15 executives consist of 12 men and three women, namely Ahrendts, Lisa Jackson, and Denise Young-Smith. Although the company still has a lot of gender issues it must overcome, the three women executives play a huge role within the company.

Ahrendts is ranked higher than the other two women since she is the head of the retail aspect. Her previous career as Burberry’s CEO has helped lay out the fundamentals on how to present the Apple Watch. Apple’s environmental affairs vice president, Jackson, has kept the company continue to support the green effect. She has maintained Apple’s environmental commitment by helping with the announcements of billion-dollar environmentally friendly centers in Denmark and Ireland this year, along with the company’s new solar project in China. The third top female executive in the company, Young-Smith, is head of the human resources department, and she has been quite a spokesperson for the company in discussing its diversity issues.

According to Cook, women representing Apple Inc. are the future. It opens more doors for women who want to work in the tech industry, and it also encourages women to not be afraid to apply for job openings within the tech giant.