Drought disrupts lives by reducing the water levels that humans and animals depend on for survival. Reports indicate the El Nino is potentially the strongest in 50 years. For many Americans, the El Nino brings the anticipation of solace. Perhaps, there will be enough rain.

The western third of the U.S. is experiencing some level of drought. According to the U.S. Drought Monitor, as of July 7, 2015, California, Western Nevada, and Southern Idaho are suffering an exceptional drought. Additionally, extreme drought is found in most of the western states including Western New Mexico, Utah, portions of Colorado, and Southwestern Wyoming.

The drought is not limited to the west coast, but the dryness is found in both the Southeastern and Northeastern U.S. In fact; there are very few states that are not affected. Even Hawaii, Alaska and Puerto Rico are experiencing an abnormally dry season.

With extreme water loss, there is little for watering the citrus trees, nut trees, ground-grown produce and berries, as well as watering cattle, chickens, and other meat sources. Reduced water equals a reduced quantity and quality of produce, nuts, and meats. This reduction leads to higher prices. According to CNN, California grows more than a third of the nation’s fruits and nuts.  More than a third of the vegetables consumed in the U.S. are grown in California as well. 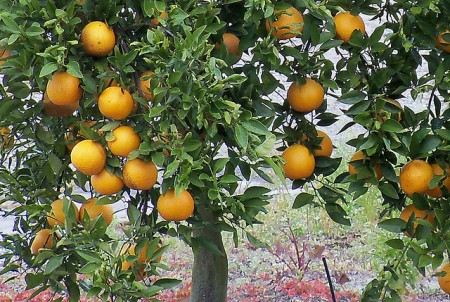 Decreased production of fresh produce has already caused prices to increase. Broccoli prices went up by 11 cents, grapes by 64 cents, peppers by 26 cents and melons increased by 24 cents per pound. CNN also reports, “Fresh fruit [costs] are projected to rise between 2.5 and 3.5 percent, and vegetable [costs] between two and three percent.” The USDA reports beef and veal prices went up by 12.1 percent in 2014.

The lack of flowering citrus trees, nut trees, cucurbits such as melons, and berry bushes mean less nectar and pollen for honeybees. Bees need nectar and pollen for energy, for feeding the brood nest and making honey. With honey production down, and pollination contracts down beekeepers are losing money. In fact, California’s honey production fell from 27.5 million pounds in 2010 to about 10.9 million pounds in 2013. California’s currently only producing about five percent of nation’s honey, which is about $317 million. The El Nino brings an anticipation of solace the food growers and beekeepers need. Beekeepers have more problems than just the drought.

Reports of the strongest El Nino in five decades suggest the record-long drought might be reversed. There is optimism and scepticism on both sides of the argument. Scientists report that even if El Nino brings a great deal of rain, even enough to provide some relief, drought is not a one-time event. El Nino predictions are based increased temperatures in the Pacific Ocean near the equator. Last year, scientists thought an El Nino was forming, but it faded out. This year might not be an exception.

On a more positive note, there are indications that the El Nino is already affecting other parts of the country. In fact, Southern California has been wetter and cooler. San Diego recorded its wettest May in 94 years, and the Mojave Desert is about “five degrees cooler than normal.” These are signs that El Nino is gaining strength and offering some scientists hope that it will ease the life-altering draught. The researchers point out previous El Ninos contributed to two of California’s wettest rainy seasons. In this sense, the El Nino does bring an anticipation of solace.