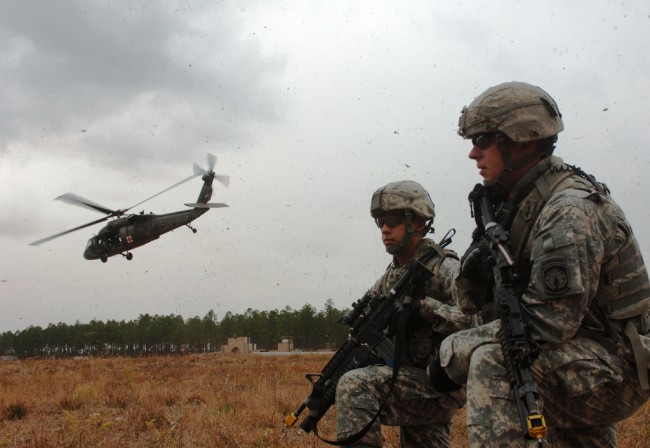 The Pentagon is expected to announce their decision next month on whether or not they will lift the ban, and allow transgender people to actively serve in the armed services. The Secretary of Defense Ash Carter is under an enormous amount of pressure from the White House,  following the Supreme Court’s ruling on same-sex marriage.

High-level ranking officials told the White House that time is needed to discuss how particular medical and legal issues will be dealt with. Congress was notified that the Pentagon would be looking into military policy and readiness on the subject over a six-month period to make the transition as easy on everyone as possible.

Carter sent a memo with orders for the DOD to form an assembly, which will study the military readiness and policy, for the Pentagon to make its decision to let transgender people actively serve in the armed services. The assembly will study the effect of transgender men and women in the military for six months. The assembly will also discuss a new procedure, for personnel diagnosed with gender dysphoria to have their discharge papers looked over at the highest level in the DOD. Present military personnel, who have been diagnosed with gender dysphoria, or who are identified as a transgender, are currently not permitted to dress in a military uniform, or live in barracks they were not previously assigned, nor will take hormone treatments while actively serving. 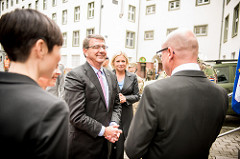 ed the group to do the six-month research with the goal of ending one of the final sexually based, or gender obstacles to military service, by saying the Pentagon’s present guidelines on prohibiting transgender persons from serving in the military need to be studied. He called the guidelines outdated, with claims of causing doubt, and diverting commandants from their central missions. Carter continued saying, it is at a time when the troops are becoming educated from experience, but the most significant requirement for them should be whether they are willing and able to do their job.  Currently,  enlisted personnel and officers are confronted with rules that clearly are conflicting to what they have learned.

The policy director of an organization called SPARTA, for gay, lesbian, transgender, and bisexual military personnel, Allyson Robinson stated, “Clearly this is not finished, but Secretary Carter’s clear statement of intent means that transgender service should and will be treated with the same dignity as other service members.” Brynn Tannehill, who served in the Navy as a pilot, remembered the problems while serving. Tannehill told reporters for AP it was very stressful because she could not dare talk to anyone about it because it would probably have ruined everything she worked so hard for.

There are several issues the Pentagon must deal with before deciding that transgender people can actively serve in the armed services. There are the decisions of when a person can change uniforms, and barracks, what type of medical care is paid for, and what happens if a person decides not to go through with the transition surgery, and when is the transitions finished. These are just a few things the Pentagon has yet to work out. There is also the issue of whether or not the large amounts of hormone doses necessary to transition can be taken in a war zone.

Pentagon May Let Transgender People Actively Serve in the Armed Services added by Katherine on July 15, 2015
View all posts by Katherine →