Colorado’s New Effort to Keep Teens Away From Pot 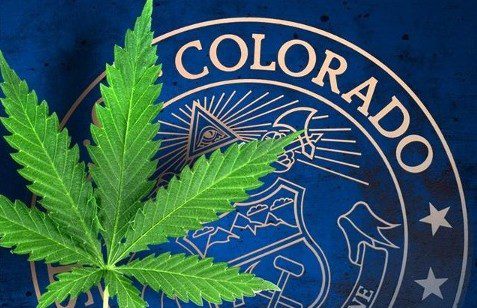 Colorado’s tax coffers continue to swell from revenues gathered through legal sales of marijuana and medical marijuana in the state. While there are a lot of possible ways to spend the new riches, the state is committed to use some of the money to try and keep teens away from pot (much like tobacco taxes pay for anti-smoking ads). Mercifully, Colorado’s new advertising effort to keep teens from toking away uses a different tactic than last year’s much-maligned anti-marijuana advertising effort.

After a negative approach failed in 2014, the state’s latest public service campaign, its second since the legalization of pot for people over 21 took effect, was careful this time to not vilify the drug and its user. They put a lot of research and thought into the new campaign. Health Department officials talked with over 800 adolescents via focus groups, school events, and telephone interviews to help develop the new ads, which convey that marijuana use early in life can thwart a young person from reaching their full potential.

In the new “What’s Next” campaign, ads reminds kids that their brains will continue to develop until they are about 25 years of age. The campaign then conveys that using cannabis could make it harder to pass a test in school, get a job or even get a driver’s license. One ad features girl playing on a basketball court and reads, “Don’t let marijuana get in the way of ambition.” Another one shows a boy playing drums and says, “Don’t let marijuana get in the way of passion.”

The Health Department indicated in a press release that their research interactions with teens showed that they do not like ‘preachy’ messages and scare tactics. The teens told the researchers that they want credible information so they can make their own health decisions.

Critics of the campaign and other efforts are still skeptical that the ads and education efforts are effective. They question whether, as pot becomes easier to access, the state can keep teens away from beginning to use pot recreationally. Of course, in states where cannabis is not legal, teens still experiment. However, just because something is legal, does not mean someone will abuse it; alcohol is not abused by most adults.

Last year’s Drug Way scare campaign, called “Don’t Be A Lab Rat,” was widely lambasted and lampooned. The anti-pot effort involved erecting rat cages that were human-sized outside schools and libraries. Enterprising teens made fun of the gimmicky effort by taking pictures of themselves inside the rat cages smoking joints; those pictures were posted and shared on social media.

Colorado has also implemented a pot-education campaign for adults that includes tips on how to talk to kids about marijuana, now that it is legal drug in the state. The ads encourage parents to start a conversation with their children about drugs and drug use, particularly pot. The campaign, which has English and Spanish versions, suggests that parents “teach (kids) that marijuana use is not something to build an identity around.”

It is too early to see the effect of marijuana legalization in Colorado, besides the increased tax revenue. Prior to the law taking effect, marijuana use among Colorado high school students was comparable with surrounding states.