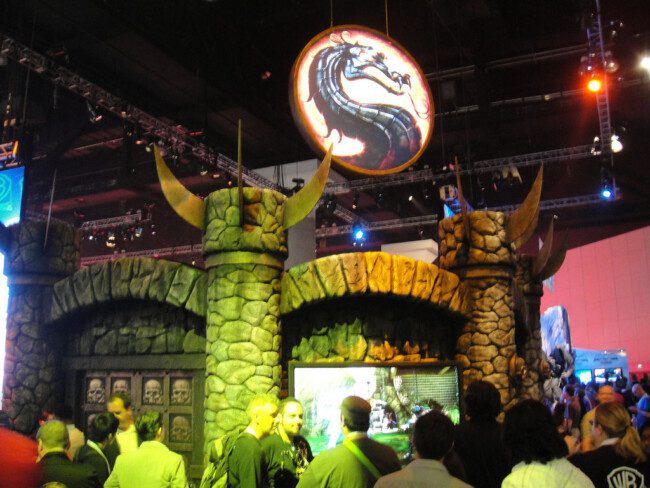 Some in the gaming world are calling the success of Mortal Kombat X surprising. The latest installment in the 25-year-old franchise which has so far surpassed the mark set by the latest installments in the Grand Theft Auto or Call of Duty video games. Both of which have their own legacies within the world of gaming.

This game does not appear to just be riding on the coattails of previously successful incarnations. In fact, it achieved bestseller status even though it was just released on April 7, 2015. This release was also the best launch in series history. Some attribute its success upping the gore factor when characters were fatally injured. Others cite its partnership with the interactive wing of Hollywood giant Warner Brothers.

Most sources agree that downloadable content (DLC) is a major factor in the success of Mortal Kombat X. DLC allows players to access the original game content not featured in the original, fresh out-of-the-box game. Developers release these options which are the modern equivalent of the expansion pack. So far Mortal Kombat X allows users to purchase DLC which permits them to more fashion choices for their fighter or grants them more playable character options.

For example, players who purchased the first DLC for the game have the option of making Jason from the Friday the 13th movies as their fighter of choice. If they do not like the idea of playing Jason, Predator and Temor, a character who was unveiled in a previous version of the game as a non-playable character, are the additional choices provided within the first Mortal Kombat X DLC. It can be purchased for $5.00. Of course, if such expanded content is popular it can add quite a bit to a game’s bottom line.

A second DLC is rumored to be in the works. Much fan buzz has developed around the possibility that Mortal Kombat players may get to fight as the Terminator or the dinosaurs from Jurassic Park in the second DLC. It has also been reported that Todd McFarlane creator of Spawn will allow the comic book anti-hero to become a playable character in that one. The gaming world’s gossip mill is saying that the second DLC for the game may be released in August. However, the developer has not even confirmed its existence.

Ed Boon, the creator of the original Mortal Kombat during his time at Midway Games, is again in charge of the classic. This installment of the game was developed by Neither Realm Studios, a Chicago area-based gaming company which Boon founded. He allegedly enjoys teasing fans via Twitter about upcoming DLC content. These tweets may contribute to the fact that Mortal Kombat X has been such a surprising success. Every time Boon tweets the possibility of a new DLC, it reinvigorates the fan base. Rumors say that eventually the game could end up with as many as five DLC’s in total.

Mortal Kombat mania is not likely to end even after last DLC for this version of the game is finished. The long-stalled reboot film based on the game is supposedly underway at Warner Brothers. The studio reportedly hopes that with Jason Wan as producer the movie will finally be completed. The Mortal Kombat franchise has sold over 35 million game copies since its inception. The first two films, made in the ‘90s were not the box office moneymakers they had been expected to be. However, studio executives hope that with screenplay written by Oren Uziel, writer for the web anthology series Mortal Kombat: Legacy and Dave Callaham, writer of The Expendables, along with a film created under the watchful eye of Wan will add cinema supremacy to the franchise’s 25 year list of sometimes surprising success stories.