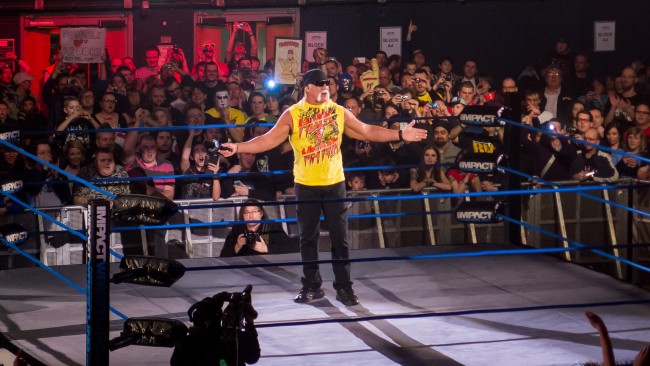 Hulk Hogan, the embattled wrestling star, who knocked himself out of the ring of fame by using the N-word, wants to team up with Donald Trump for the White House in the 2016 elections.  The wrestler, who casually announced his vice president candidacy to TMZ, as shown in the video below, believes that his new ambitions will make American people happy again.  A survey recently carried out has, however, revealed that most Americans view Hogan and Trump’s march for the White House as ‘yellow’ satire which Americans just love to hear!  This is an apparent reference to  Hulkster’s bright yellow ring outfit.

Hogan, born Terry Gene Bollea, is recovering from the impact of the racial and, “devastating remarks,” he uttered, not only to his fellow wrestlers, but also to his daughter for dating a black man. The racial slur has since cost him a place in the Hall of Fame and caused irreparable harm to his  public image. The World Wrestling Federation has also dismissed and cut all ties with the 62-year-old wrestler. This has also increased the tension between Hulkster and the owner of WWE, Vincent Machon.  However the iconic star,who drapes in yellow wrestling outfits, believes that he can win the hearts of the Americans if he forms a tag-team with Trump for the White House.  “I do not want to be in the ring with any candidates, I want to be Trump’s running mate.  Did you hear that?  Vice President Hogan,”  he roared to all Americans and the world.   This is arguably one of the boldest statements the wrestling champion has ever said.  The rich vein of  satire in his aspirations seem to cast his White House desires in doubt and make people suggest that he would do better  if he does not switch yellow outfits with designer suits as Trump’s right hand –man. 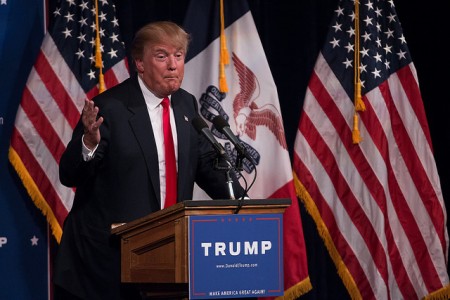 “I can forgive Hulk Hogan for the N-word, but not for offering to be Trump’s VP. That is inexcusable!”, wrote one of Hulk’s fans on one of the social platforms.  Another socialite described the partnership to be wishful thinking and a, “hilarious circus”, only to be found in America.  “Donald Trump is running for President and his VP is Hulk Hogan this is the greatest country on the planet,” the tweet read.  The hilarity in Hulkster announcement is summed up by the words of one American who said, “Kanye wants to be President, Hulk Hogan wants to be VP, I would like to be a fairy princess, while we are wishing for things.”  Some observers reminded the pro wrestler of his racial rant saying if he and Trump join hands for the White House, they will be, “Two racists for the price of one!”

It will be fair to assume that Terry Bolea must have seen some similarities between himself and the Republican forerunner.  The legendary superstar should have been drawn to Donald Trump who is a regular ringside fan of the sport.  The sight of Trump shaving the WWE boss Vince McMahon in 2007, after winning a contest, must have spurred Hogan to declare his interest for the VP post.  A Guest panelist on one of the Talk Shows summed up Hogan’s   desire as, “ridiculous”, and added that it is already, “entertainment watching Donald Trump run for president.”  To observers, Hulk and Trump’s partnership for the Whitehouse is a source of satire that is best told in yellow wrestling suits.  Americans just love the hilarity of it!

We wait to see if  Hogan and Trump’s quest for the White House is a source of satire that will leave Americans hilarious.  Only time will tell.

Los Angeles Times: Hulk Hogan: Use of N-Word Was ‘Part of my Daily Environment’ While Growing Up.

Huffington Post: Hulk Hogan Wants To Be Your Next Vice President.