Marriage Under Attack in the U.S. 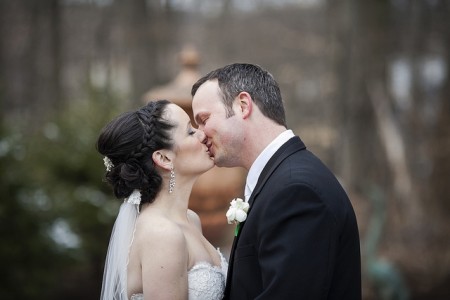 The institution of marriage that has been known to be, a union between one man and one woman, is under attack in the U.S. A lifelong pledge to love and honor one person is an honorable quest of many people. However, when that hope is impeded by laws, public opinion, and religion, it becomes a struggle for that dream to come true. With so much recent emphasis placed on the homosexual agenda, not much has been said about why there is so much opposition to the ruling to legalize same-sex marriage. That decision handed down by the Supreme Court on June 26, 2015, makes it the latest historical event in civil rights litigation, according to CNN politics.

The main argument used by those that oppose same-sex unions is not merely about two people who want to profess their love openly, it stems from the original definition. However, the definition of marriage has recently been updated to include language indicating two people of the same-sex joined in matrimony just like two people of the opposite sex have been able to in one form another for several centuries. There is a clear and distinct contrast in the breakdown of the definition in spite of the updated language. According to Merriam-Webster’s online dictionary, marriage is:

The Supreme Court ruling gives same-sex couples the same rights and privileges married couples have enjoyed for years. For instance, equal access to the same types of insurance coverage, tax incentives, and social security benefits, according to a recent analysis completed by Time.

Several groups have opposed policies and political rhetoric that go against the traditional definition of marriage. However, perhaps no other group has a wider acceptance of their reasons than the Family Research Council. Since 1983 the Family Research Council (FRC), has published several articles, reports, and books based on research into the effectiveness of the family unit. The FRC is also the organization that may have had the most input into what makes a family work well, as well as being first-hand witnesses to how the family unit has continued to decline and lose its influence upon society. According to the Research Council website, the vision of the organization is to create a “…culture in which…families flourish and religious liberties thrives.” The mission of the organization is “to advance the faith, family and freedom in public policy and the culture from a Christian worldview.” The FRC believes that marriage is under attack in the U.S because homosexual or same-sex relationships are not marriage. They argue that the very idea goes against the fact that wedlock is the union of one man and one woman. While most will insist that the law instituted and defined marriage, the union between man and woman actually pre-dates any law known to humanity.

The gay, lesbian, bisexual and transgender community makes up less than 4 percent of the American population, according to a recent Gallup poll. However, it seems the community is larger than it is, leaving many with the impression that the members that make up the GLBT community are a force not to be reckoned with. Alternatively, members of the Christian and conservative communities respectively disagree with that assumption.

The Supreme Court ruling does in fact override each state’s authority, which has created an adverse domino effect across the United States. In fact, Judge Jeffrey Atherton of Hamilton County, TN denied granting a straight couple’s divorce citing the Supreme Court rulings that removes the state’s ability to make decisions about marriage. He further stated based on what was presented during the hearing, the couple had not proven their union was irreconcilable and he would not have granted the divorce any way, according to the Business Insider. Other fallout from the ruling include states proposing legislation to either make it more difficult for couples to get married, or perhaps stop issuing marriage licenses’ altogether, according to Think Progress.

Marriage is under attack in the U.S. and although the institution of holy matrimony took a hit on June 26, 2015, it is too early to tell exactly how organizations such as the FRC will respond. In the meantime, the ruling gives same-sex couples the legal right to marry, however it does not automatically pave the way for them to get married. As demonstrated by Rowan County clerk Kim Davis, who was held in contempt of court and jailed five days after she refused to issue licenses to same-sex couples, citing her religious beliefs and her unwillingness to take a stand against God, stating, “homosexuality is a sin,” according to ABC News.

Business Insider: Tennessee Judge Refuses to Divorce a Couple Because of the US Supreme Court’s Gay-marriage Ruling

Time: What the Same-sex Marriages Ruling Means for Couple’s Finances