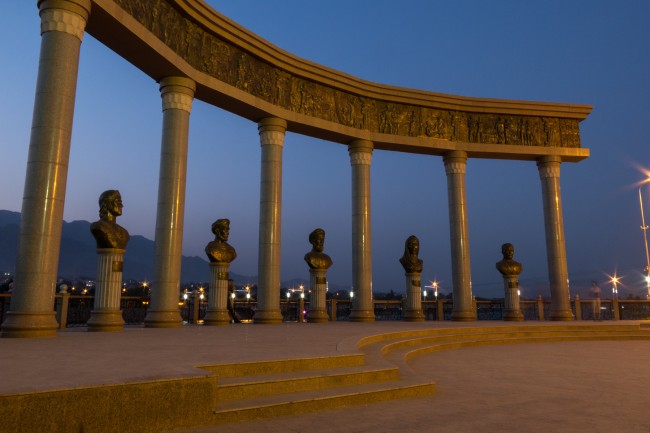 Tajikistan, an economic point of interest along the Silk Road, is of concern for both China and Russia. In addition to the recent shootings between police and gangs that have left 35 dead, Tajikistan has an economy that is struggling terribly. It is arguably the poorest nation in Central Asia and the worst impacted following the Soviet collapse in 1991. Potentially good news for the Tajik people is that the Chinese Development Bank and the People’s Banks of China have shown an interest in investing in Tajikistan. This news came just before Russian President Vladimir Putin’s visit on Sept. 14 and 15.

Tajikistan is an economic point of interest for China along the Silk Road and vital economic partner for the Tajik people. MIT’s Observatory of Economic Complexity analysis rates China as the country’s top importer at 45 percent, Russia second at 18 percent, Turkey third at 6.1 percent, and Ukraine fourth at 2.6 percent. The analysis also rates Tajikistan’s top exporting partners as Turkey at 37 percent, China at 11 percent, Greece at 7.5 percent, Kazakhstan at 7.3 percent, and Russia at 7.2 percent. 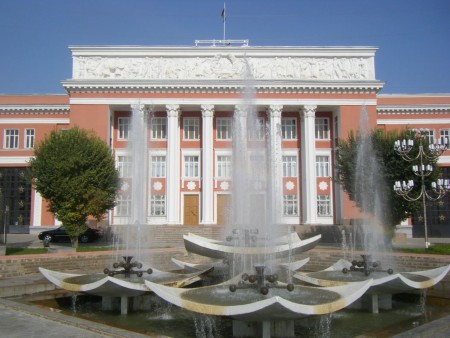 China has an interest in the building of railways and roadways to connect the Henan province and the Khatlon region so it can extract cherries and gold. Tajikistan is estimated to have 14-40 percent of the uranium and gold reserves in the world. On Sept. 3 the Chinese Development Bank signed a contract agreeing to begin building this infrastructure. The investment will certainly aid in boosting a hindered economy, but few actual jobs may not be created due to China’s tendency to use their own workers. The People’s Bank of China is also in talks with the National Bank of Tajikistan in Dushanbe regarding a $500 million loan.

While Russia is also one of Tajikistan’s most important trading partners, their relationship is a little more complex. The World Bank estimates that Tajiks living and working abroad sent home 47 percent of the nation’s total GDP in 2012. Most of these workers were residing within Russian borders while earning these wages. The World Bank has also estimated that about half of working age Tajik males are living abroad.

Putin’s visit to Tajikistan is timely due to the recent shootings. There is a security issue currently being addressed by Tajikistan President Imomali Rakhmon. Russia has a military base in the country that may come under more pressure following the removal of NATO forces in Afghanistan and from other conflicts in the Middle East. Yuri Ushakov, a Kremlin aide, explained to reporters, “We are ready to provide assistance one way or another, as well as political support.” Yet, when asked if Russia will commit to supporting Rakhmon in stabilizing what appears to an escalating violent situation, he responded, “I don’t know in what way the discussion will develop.”

Tajikistan is unquestionably an economic point of interest along the Silk Road for varying reasons. China and Russia both have been important allies to this nation that continues to struggle economically with eruptions of violence between police and gangs. New investments from China will create money flow but the result of Putin’s visit will determine if Russia might provide a source of stabilization.

3 Responses to "Tajikistan, Economic Point of Interest Along Silk Road"