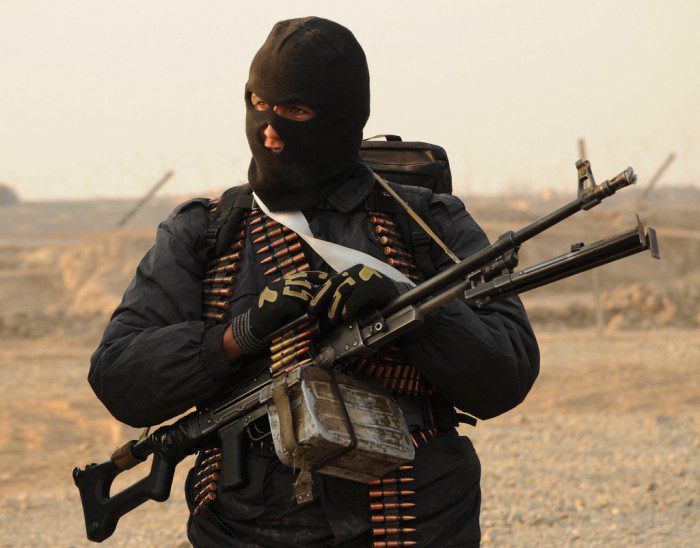 On Monday, Sept. 14, 2015, Taliban insurgents raided a jail in the central Afghanistan city of Ghazni and freed 350 inmates, an official of the province said. Four police officers were killed and seven more were wounded. Some authorities believe the prison break is a direct response from the militants to an operation by the Afghan National Army, apparently killing about 100 militants over the weekend. The latter operation by the Afghan National Army (ANA) took place over 11 of Afghanistan’s 34 provinces in a 24-hour period. Government officials are saying the raid is a stark reminder of the ongoing political and military battle for control of Afghanistan.

Spokesman Zabiullah Mujahid claimed responsibility for the attack. Ten suicide fighters carried it out, three of whom died, Mujahid said. The Taliban insurgents detonated a vehicle in front of the jail and fired rocket grenades. The deputy governor of Ghazni affirmed that six militants dressed like Afghan police then raided the jail. He added that at least three of the insurgents were killed. An announcement by the insurgents said that most of those freed were fighters, commanders or members of their families. The Taliban appear to be strengthening their summer offensive despite a dispute over leader succession following the official announcement of the death of their longtime chief Mullah Omar. He is believed to have died in 2013, but the facts have just recently come out.

According to a July 29 BBC report, the Taliban developed in the early 1990s in Northern Pakistan when the Soviet Union withdrew its troops from Afghanistan. A movement originated among the Pashtun, an ethical group from an area encompassing Southern Afghanistan and Northwestern Pakistan. It seems that its objective is to restore order and security to Pashtun areas of the two countries and establish Sharia, an austere version of Islamic law, the article reports. Previous applications of this form of order, as explained in an ABC News report, involved severe Islamic punishments with public executions for such crimes as adultery and murder.

Under the form of Sharia, amputations are often applied as punishment for theft. ABC has produced a rare video reportedly showing the stoning of a woman under Taliban rule in Pakistan. Al Aan, a Dubai-based pan-Arab television channel, claims to show evidence that the woman was executed because she was out with a man.  Men were required to grow beards and women were required to wear the full-body burka. They banned television, music and movies and did not allow girls 10 and older to go to school. This highlights the seriousness of the conflict in Afghanistan.

Before the death of Omar was verified, there had been much optimism about peace in Afghanistan. The first seven months of 2015 were filled with news reports about the possibility of peace. A meeting was scheduled for July 7 and a follow-up meeting for July 31. Two days before that meeting, the news of Omar’s death became official. Omar, it was believed, would be the one who could unify his followers behind a peace settlement. Upon learning of his death, the peace deal began to unravel.

The meeting was postponed indefinitely after which Omar’s successor, Mullah Akhtar Mohammed Mansour, took charge, rejecting the negotiations and issuing a new call for Jihad against the U.S. and the Afghan government. Within days, attacks broke out in Kabul killing at least 400 Afghans and the Taliban quickly claimed responsibility. The peace appeared to have ended and has escalated since then resulting in this recent freeing of 350 inmates from the Ghazni jail.

The Taliban has performed jailbreaks several times in the past. In 2008, two trucks with explosives were used at a prison in Kandahar, releasing 1,200 of their fighters. In 2011, about 500 fighters were freed from the same prison when the insurgents took five months to dig a tunnel that was equipped with electricity and air shafts. The 350 inmates being freed by Taliban insurgents from the Afghan jail continues an ongoing war for control of the country.