China’s Economic Boom Could Go Up in Smoke 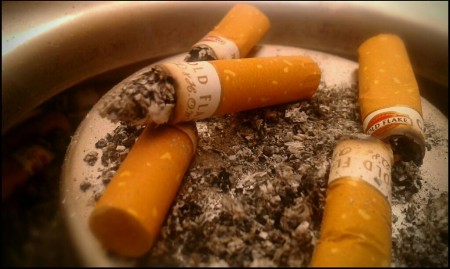 One problem that could impact China’s continued economic boom and literally make it go up in smoke is the country’s problematic smoking rate and the resultant growing number of premature deaths. Through in the infamous air pollution and the ticking time bomb of cancers and other health issues are likely to take a toll, particularly in Chinese males.

Two-thirds of young men in China smoke and half of them will eventually be killed by lung cancer, heart disease or other health consequences because of their habit, according to a new health research study. The pollution exacerbates this issue.

“Without rapid, committed, and widespread action to reduce smoking levels, China will face enormous numbers of premature deaths,” commented, a professor at Beijing’s Academy of Medical Sciences, Liming Li, who co-led the analysis of the tobacco-death issue. Published in latest issue of the The Lancet medical journal, the team’s research shows that two-thirds of young men in China develop a smoking habit in their teens. Given health trends and mortality rates for smokers, the scientists determined that, unless they quit smoking, half of those men are likely to die early because of their tobacco habit.

The team of scientists, led by researchers from Oxford University in England, the Chinese Academy of Medical Sciences, and the Chinese Centre for Disease Control, conducted two national studies looking at representative populations across China. The efforts, 15 years apart, looked at the health consequences over time of the smoking problem in the country. The first study, conducted in the 1990s, involved approximately 250,000 men. While still ongoing, the second study involves half a million men and women and is already showing the impact of smoking for Chinese men.

The consequences of the large increase in male smokers in recent decades are being seen now. The percentage of male deaths at age 40 to 79 that can be attributed to smoking has doubled to about 20 percent now, versus 10 percent in the initial study. In urban areas, where air pollution undoubtedly adds to the problem, the percentage has grown to 25 percent and is believed to be markedly rising.

The results showed annual tobacco deaths in China, mostly for men, topped a million in 2010. It is expected to pass 2 million per year by 2030 without considerable interventions to reduce the smoking rate.

What about Chinese women? Their smoking rates, like many populations in the west, had dropped considerably, but may be rising slightly according to the latest study. That said, according to the research, approximately 10 percent of women smoked 80 years ago. The rate now is about 1 percent. Consequently, female tobacco-related deaths have decreased dramatically. Less than 1 percent of death in women born since 1960 can be attributed to smoking.

Oxford professor Richard Peto, who co-led the research, suggested that price hikes on cigarettes in China may be successful in reducing the male smoking rates: “Over the past 20 years tobacco deaths have been decreasing in Western countries, partly because of price increases.” He noted that a substantial increase in cigarette prices in China could potentially save tens of millions of lives, and the country’s economic boom in the past few decades could literally go up in smoke.