Elements of Jewish Religious History Through the Lens of Modern Scholarship 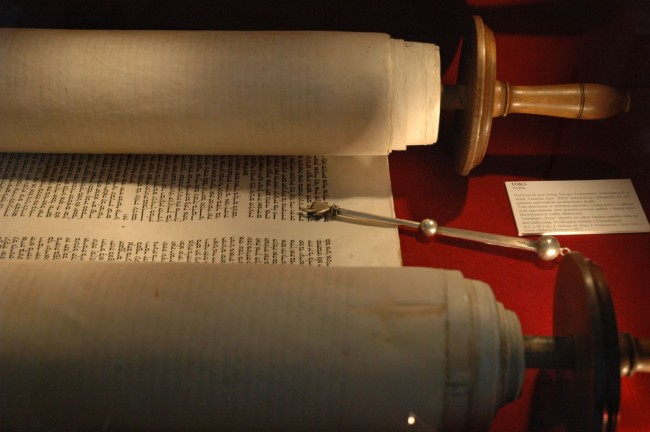 When drawing a cursory picture of Jewish religious history from 458 B.C.E. through the early Roman era, men like Ezra, Nehamiah, Zerubbabel, Judah Maccabee, and Herod the Great, have quite an interesting appeal. This paper will not uncover or add any new perspective to their perennial portraits, but rather provide a brief overview foregrounding an interpretation, which has been rarely highlighted by authors who have sought to do the same. Upon its close, this report will consider lessons found in Daniel chapter 1-6, the significance of Cyrus the Great in Jewish history; and the role and impact of Jewish groups as their record cannot be ignored in a broad account of this important historic period. Finally, this study will touch upon two biblical books, often used to support Jewish history, Judges and Kings, and briefly underscore some of the problems with achieving this task.

Ezra was among many Jews who returned from their captivity in Babylon sometime between 458 and 397 B.C. Upon his return he presented a letter of proclamation for King Artaxerxes in his seventh year. There is much debate whether the bible is speaking about the Artaxerxe that reigned during the middle of the fifth century, or if it is referring to Artaxerxes II, who reigned during the early part of the fourth century. Whichever king Ezra had in mind is of no real consequence because the purpose of the proclamation was directed for the good of the Jewish people. Moreover, it represented a long-standing policy of the Persian government concerning their religious subjects. Ezra, who was also a scribe, and considered an expert on Jewish law, was the messenger of this good news.

During the final pages of the text it is clear that Ezra is unhappy about the excessive marriages that pair Jewish men to foreign women. He speaks of repentance, and the Jewish people obey his instructions. They make a covenant with God, get rid of the foreign women, and swear an oath to observe their promise. It is also widely believed that he redacted the Torah.

Nehamiah was born the son of Hacaliah. His book is wrapped up in the controversy over who came first, Ezra or Nehemia. A number of scholars choose him simply because he was unaware of the activities of Ezra. This point is well supported since Ezra’s hard line position of foreign marriages would have given Nehemia a prior instance to elevate his position. He was also the Cupbearer for the Persian king Artaxerxes I. He continued construction on the temple, and he was instrumental in influencing liturgical reforms. The period he represented is called the “second temple” period.

Zerubbabel was the son of Shealtiel1, and of the line of David. His name is sometime confused with he who they call Sheshbazzar. He eventually became governor of Judah. He receives credit for having contributed significantly towards the building of a people. Jerubbabel may have also fueled messianic hopes within the walls of Jerusalem. Zerubbabel disappears from history except for three remarks found in the New Testament.

Judah Maccabee was nicknamed the Hammer because he kept hammering away at every Syrian outpost he could find. Judah Maccabee was one of five sons. After one of his victories against the Syrian army, Judah returned to Jerusalem only to find the temple in ruins. Sometime around 164 B.C. Judah helped the Jews rededicate the temple. It was from this period that the Hanukkah story emerged. Mattatius was his father.

Herod the Great, son of Antipater, was placed over Galilee sometime after Pompey’s death. He was called under question to appear before the Sanhedrin to explain his reason for killing Hezekiah. Perhaps because of intrigue he was well received by elite and powerful men like Mark Anthony in Rome. When it came to loyalties, Herod would change sides like one changes sox. Once Antony had been defeated, Herod convinced Octavian to allow him to maintain his position. He controlled the High priest, while aiding in the renovation of the temple. He built the retaining wall and was known as the great builder.

Daniel appears to be conveying to his countrymen that God is sovereign. The stories of miraculous events are part of the motifs that are fully understood by Jews who know their history. Perhaps the ultimate lesson in chapters 1-6, is that God plays an active role in man’s drama and man should trust him in spite of the obvious consequences. Undoubtedly, Daniel’s audiences are the Jews who have acclimated themselves in an unfamiliar environment. They are probably not keeping the Sabbath, and they are perhaps eating the wrong foods. Daniel’s experiences are there to remind them where they came from and where they are going. This is unambiguously illustrated by Daniel’s dream, which demonstrates how God had allowed world rulers to reign over Jews. It also suggests that there will come a time when this will cease.

The reliability of these stories as relative to history is not even a consideration. However, they clearly have a religious message, which makes it unnecessary for them to be true. Scholars often mention when analyzing Daniel that the idea of reversal of fortune didactically loomed in ancient minds. This simply says to Jews everywhere that God rewards those who follow him no matter what the consequence. Therefore, the text transcends its historical importance. This renders it more effective.

Cyrus the Great was a descendant of the Achaemenid family who first ruled Ashan. He was probably born around 598 B.C. Most history books suggest the year surrounding 590 and 580 B.C. His father’s name was Cambyses the son of Cyrus the first. While under the rule of the Mede’s, who had conquered Nineveh around 612 Cyrus began to plan his revolt with Harpagus, the slighted general of Astyages, king of Media’s army. His overthrow of the king of Media led to the conquest of west, north, and south Asia. This included Lydia, Babylon and Egypt shortly after Cyrus’ death. In the bible he is called a messiah. Second Isaiah speaks of him as a deliverer of God’s people. He is also depicted as the person that will enable the Jews to rebuild their temple for the second time. In contemporary documents he is characterized as a great king who was perhaps the first to grant clemency to the kings he conquered. In the Cyrus Cylinder he describes himself as a liberator of those who have suffered religious injustice. He has brought justice with him and the bad king, he says has been removed. Essentially, he is agreeing with the Jewish interpretation of himself, except in the context of liberating Babylon from there problematic ruler Nabonidus.

The Cyrus Cylinder is a clay barrel inscription that gives an account of his successful liberation of Babylon including the restoration of their temples. It is clearly an important propaganda tool for the time period 539 B.C.E.

The Zealots, were mostly made op of peasants, and Sicarii, which meant dagger men. They would mingle into crowds going to the temple and often ended up stabbing moderates in the crowd. There were also Jewish Bandits, who simply looted. They were prompted as a result of Herod’s temple being complete and as a result the huge work force that had worked on the problem for years were out of work. One ancient account describes Governor Flores attempts to move money from the temple, however, the people force him to retreat to Caesarea. As a result, rebellion breaks out, and the Sanhedrin takes over the leadership of Judea. Consequently, the Romans came down hard on the Jews. Nero was emperor at the time and he sends his General Vespasian to put the revolt down. Subsequently, Jotapata falls with a mass suicide occurring in a cave. History discloses that Josephus is the only person to survive.

By August of 70 C.E. Jerusalem is seized and the temple is torched. Jews flee or rather groups of sicarii flee to the fortress of Masada, built by Herod. It is described as an enormous isolated rock in the Dead Sea. The leader of the Jews in Masada, Elazar, son of Yair, decides that everyone should commit suicide. Only two women and five children survive this episode. The impact of the revolt on the Sadducees is that they are extinguished while the Pharisees become the Rabbi’s of today.

The Hebrew bible contains a number of books that are problematic. They have a difficult time substantiating events as actual history. Two books in particular that cause the historian significant problems are Judges and the book of Kings.

At first glance, the book of Judges appears to be presenting a history of events because of the sequential order that it presents. However, once the critical eye is employed, it becomes increasingly clear that much of what is being revealed is meant for the purpose of instructing God’s people on the principles of life. For instance, the motif that appears over and over through chapter and verse is impression that the people of Israel either stop or forget worshiping God. As a result, God allows their enemies to oppress them. This is followed by their cries for his help to remove the oppressor, followed by God sending a Judge from among them; and finally followed by a period of peace. After a while the deliverer dies; the people transgress again, and thus the pattern starts all over again. This motif typifies the paradigm seen in a number of tribal societies. If one should study the dates given, it is obvious that they are superficial. For example, one judge might reign 40 years, another 20 years, and yet another 40 years. The same number can divide all these numbers. Hence, here again the historical reliability is suspect. Finally it is well-established that there are no judges that can be corroborated by sources outside of the biblical text. Thus without supporting material evidence to substantiate historical claims, these books are generally not accepted by the academic community as either credible or profitable. Its theological value is a different issue. As with earlier books within this study, the Book of Judges does serve an instructional purpose and is profitable as literature.