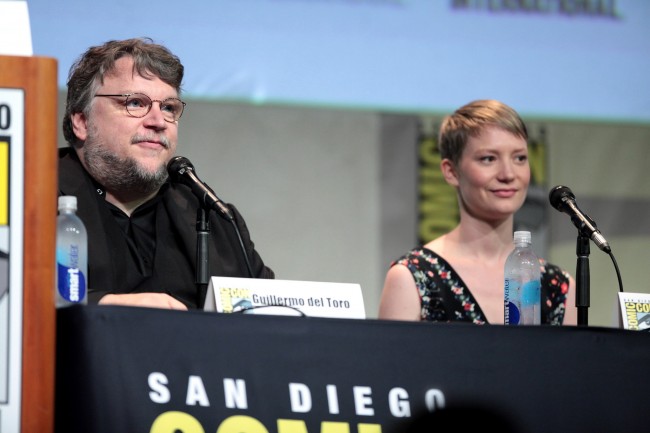 Guillermo del Toro is well known for his horror and fantasy films. Crimson Peak, his newest movie, is scheduled to be released on Oct. 16, 2015. Del Toro directed the film and co-wrote the screenplay with Matthew Robbins. According to the Los Angeles Times, his newest monster is a “labyrinth-like Gothic mansion.” When discussing the characters in Crimson Peak, the director mentions the eerie house first. As with all of the monsters he has created, he is proud of the gothic-style mansion.

According to IMDb, the movie is about a young woman who suffers a personal tragedy and finds herself having to choose between two men. One is her childhood sweetheart and the other is an enigmatic outsider. She finds herself at Allerdale Hall, an overwhelmingly large, but run-down, mansion. When she asks the character Sir Thomas how many rooms there are, he says, “I have no idea.”

The director told the Los Angeles Times that the dwelling is built upon a “red-clay mine” in England. However, the set was built in Canada where the movie was filmed. The mansion, Allerdale Hall, has a unique architecture, and the set is not typically constructed. It is an actual three-story mansion with real fireplaces and a functioning elevator. A green screen was used only for the hole in the ceiling. Overall, the house represents the aristocratic family’s despair; it is run-down, and the ceiling remains in disrepair. In the movie, snow and leaves fall through the hole. Del Toro further explains that Crimson Peak tells a story of lost wealth, Gothic times, and the “clash between love and death.”

When asked about the cast, del Toro talks about the actors’ portrayals of the characters, which include Edith Cushing, Lucille Sharpe, Thomas Sharpe, and Dr. Alan McMichael.

In the video below, del Toro shares more insights about Crimson Peak, its set design, and the characters. Del Toro hopes the audience will watch the movie more than once because there are so many hidden gems for viewers to discover each time they see Crimson Peak.