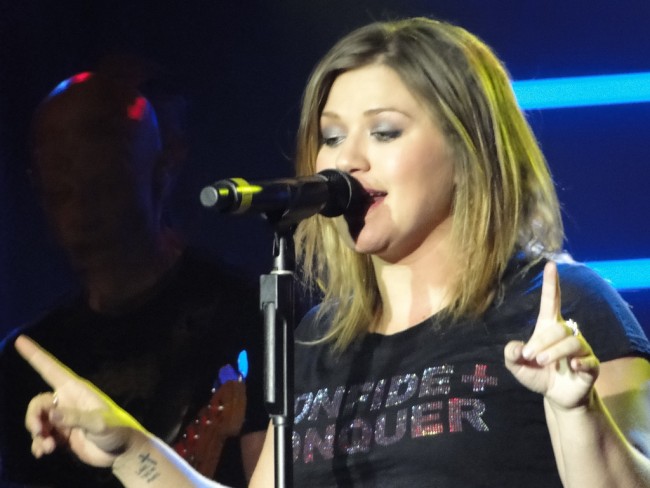 Kelly Clarkson announced the gender of her next child on Oct. 23, 2015. The invincible singer/songwriter and her husband, Brandon Blackstock, are expecting their second child. On Instagram, the mom-to-be posted a photo of her daughter, River, sitting at the top of a slide. The message read, “In other news, River’s gonna have a little baby brother. #itsaboy We’re so excited!”

According to People Magazine, Clarkson surprised her fans during her Piece by Piece concert tour in August 2015, by announcing she was pregnant. She said she had not planned to disclose her pregnancy at the time, and then, she apologized to her husband. She was tearful when talking and blamed the hormones with a slight chuckle.

The original American Idol has worked hard since her big win in 2002. With RCA Records, she has released more than seven albums, 33 singles, and 32 music videos. Piece by Piece, her new album, became available in March 2015. 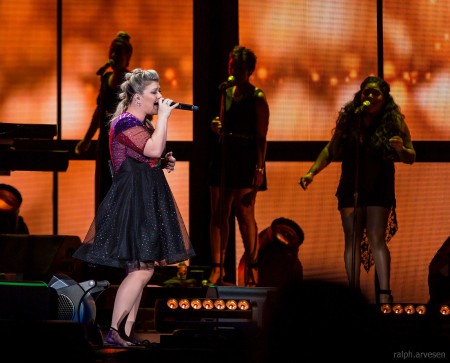 Invincible is a song from Clarkson’s new album. The video and lyrics present a woman moving on from being broken to finding her strength. The video begins with a translucent cube and there are images of a silhouette trying to get out. The cube bursts when Clarkson begins to sing the refrain, “Now I am invincible…No, I ain’t a scared little girl no more…”  A woman is freed and she begins to move rhythmically, her arms raised, representing her power. This theme is repeated throughout the song. By the end of the video, there are several, ethnically diverse women, one is wheelchair-bound, all expressing strength through movement. The final words of the song are, “What was I running for…I was hiding from the world…I was so afraid; I felt so unsure…Now I am invincible…And I am a perfect storm.” The video can be viewed below.

Recently, Clarkson teamed up with British singer Ben Haenow. Their music video, Second Hand Heart, was released on Oct. 20, 2015. The song is on his first album, which is self-titled, and is scheduled to be available for purchase in November.

The Tennessean announced Martina McBride, Reba McEntire, Kelsea Ballerini, and Clarkson are among other musicians scheduled to appear at City Winery in Nashville, TN on Oct. 21, 2015. The show is for a nonprofit organization, Musicians on Call, that recruits volunteers and musicians to provide recorded and live music at health care facilities in the U.S. Ballerini said, “I’ve had the chance to bring music to children at Vandy (Vanderbilt University Medical Center) several times through Musicians on Call, and visibly see how much music lifts their spirits.”

Her site is loaded with upbeat tidings, and in her invincible style, the singer and mom regularly post positive tweets. She compliments sister singers, for example: “Oh my goodness @OfficialAdele I love #hello. You never disappoint! I can’t wait to hear the whole album!” and, “Also, my girl @ddlovato has her new album Confident out! Current favorite is #confident.” In another post, she expresses surprise that people are shocked when artists give one another compliments. She adds, “My competition is myself, not other artists.”

Clarkson’s fans leave praise, affection, and support on her Twitter page. She had to cancel the rest of her U.K. and Canadian tours because her doctor told her to rest her voice. According to People Magazine, the announcement was made in September. In her statement, she said, “I was so looking forward to sharing this tour with all my amazing fans in Canada and the U.K.” The invincible singer now has more time with her husband and daughter, as they prepare for the newest edition to their family. Clarkson has not announced her son’s expected due date. Below is Kelly Clarkson’s video, Invincible, from her newest album, Piece by Piece.