Lady Gaga and Born This Way Partners With Monsters [Video] 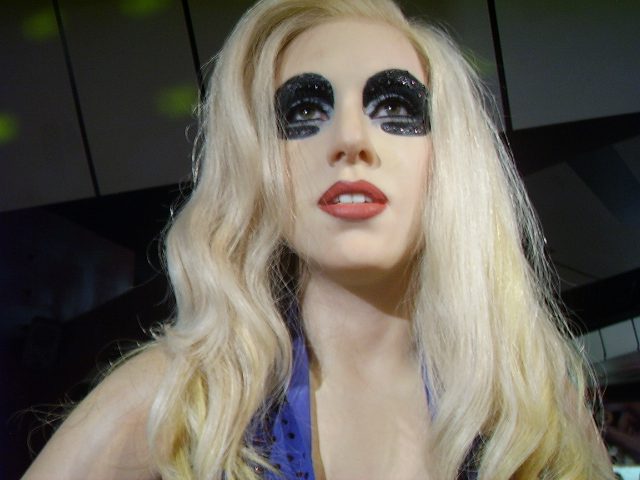 Lady Gaga’s Born This Way Foundation (BTWF) announced on Oct. 28, 2015, it is becoming partners with Mattel’s monsters. According to KCEN, an NBC affiliate, the three-year collaboration between the BTWF and Mattel will promote their joint vision for the betterment of young people. Mattel’s Monster High franchise and the charity were both established to give youth a stronger sense of self-worth.

Monster High dolls are “based on the children of the world’s most famous monsters.” Mattel created the line to teach children about the importance of individuality and acceptance. According to Mattel, at Monster High, the “students come from all walks of un-life. From zombies to werewolves (and more). The school motto is, “Be Yourself. Be Unique. Be a Monster.” The line includes merchandise, video games, a TV series, and web series. Additionally, there is a musical scheduled for release in October 2016.

Mattel’s partnership with the BTWF will continue allowing the Monster High brand to take a more active role in creating social change. The brand will also highlight the importance of bravery and kindness, which is a strong message for girls as well as boys.

The Born This Way Foundation was founded by Gaga and her mother, Cynthia Germanotta, in 2012. The mission statement says the non-profit organization “is committed to supporting the wellness of young people, and empowering them to create a kinder and braver world. We achieve this by shining a light on real people, quality research, and authentic partnerships.” On the website, one can find information about the Youth Advisory Board, Emotion Revolution Program, and the blog entitled, “It’s About You.”

When Billboard Magazine asked why Gaga created the Foundation, she responded by talking about her young fans and watching them grow up. She said, “Many of them would tell me their stories…and many of them were very dark,” ages 11 to 17 are tumultuous times. Gaga added, she began to care about the fans and see herself reflected back. At that point, she decided to do something to reassure the kids they were not alone.

According to Contactmusic, Gaga and her mother were recently honored at the New York City Columbus Citizens Foundation (CSG) Gala. At the gala, they were given a humanitarian award for their work with the charity related to the BTWF.

Gaga told ABC News, “I’ve been spending time at the Columbian Citizens Foundation since I was 14 years old.” Her parents were involved, and when she was younger, her father was on the advisory board. They raised money for Italian immigrants to attend elementary, middle, and high school, as well as college. She added, ‘It’s a place that I remember fondly that was all about family and community and taking care of each other.”

The BTFW has worked with multiple national and local allies, such as the National Council of Behavioral Health, YMCA, and the University of Nebraska-Lincoln. The alliances have allowed the charity to reach thousands of young people around the country with programs and services in their communities.

The collaboration between Mattel and the Born This Way Foundation fits, says Contactmusic, since Lady Gaga calls her fans “little monsters” and she uses the term “mother monster” to describe herself. Below is a Monster High Musical video.