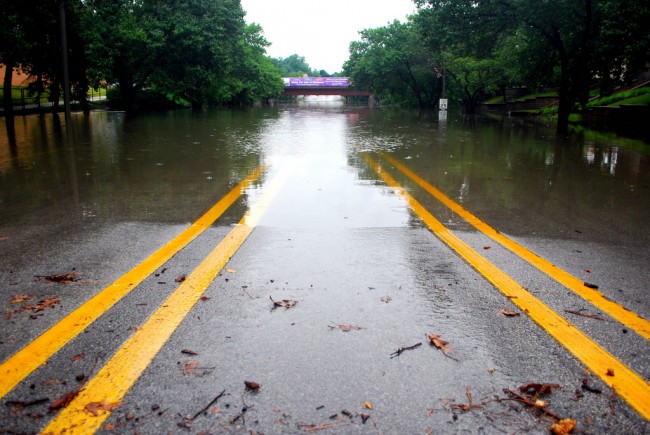 The National Weather Service has issued a Flood Advisory for Portland, Oregon until 6:30 p.m. PDT on Oct. 31, 2015. At 2:22 p.m., the Doppler radar, public reports, and automated rain gauges indicated heavy rain, which prompted the advisory.

An urban and small stream flood advisory has been announced for the following counties in Northwestern Oregon: Washington, Multnomah, Northwestern Clackamas, and Columbia.

The same alert applies to Washington State, in the following counties: Central Cowlitz and Clark.

Accuweather alerts people in these areas to take precautionary measures and be prepared. The excess runoff from the heavy rainfall can cause ponding of water in urban areas and on highways. Streets and underpasses may experience the same pooling of water. Areas with poor drainage and low-lying spots will likely experience pooling.

Do not attempt to travel on flooded roads. Find alternative routes. Follow all warning signs. Only a few inches of swiftly flowing water could carry vehicles away. Moreover, the deep waters could cause damage to a vehicle’s undercarriage and exhaust system as well. Furthermore, water can also create slippery driving conditions in the places where the water is not deep.

One Response to "Flood Advisory for Portland Oregon and Surrounding Counties"