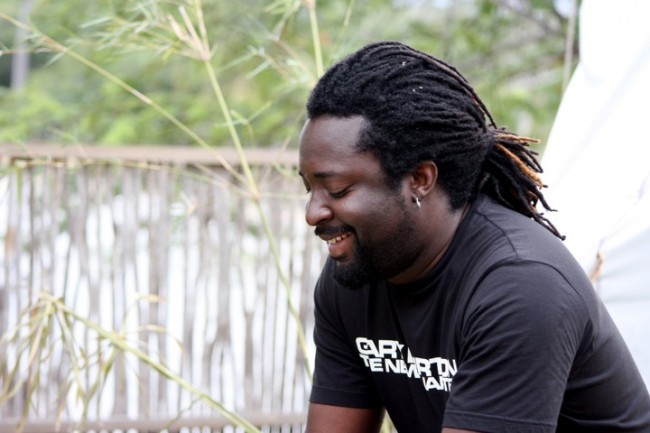 Marlon James, the first Jamaican writer to be awarded the Man Booker prize for his novel A Brief History of Seven Killings, almost gave up writing after being rejected 78 times by publishers for his first novel John Crow’s Devil. However, all the bitter memories of these frustrations were erased when the dreadlocked novelist scooped the 2015 Man Booker prize. James was awarded the £50,000 prize for his third novel at London’s Guildhall on Oct. 13, 2015, after beating five other nominees. The Jamaican writer, who resides in the U.S., acknowledged that the 680-page novel was primarily inspired by the attempted assassination of the reggae maestro Bob Marley in the late 1970s. The epic is a portrayal of brutal gang violence, graphic sex, drug crimes and in the judges’ words: laced with morbid humor.

Receiving the world’s most important literary award from the Duchess of Cornwall, James said that it was inspiring to be picked among the best writers. The award quickly expunged his travails with editors when he was rejected more than 70 times for his debut novel. He went on to remark that his winning novel had been largely experimental and he would have been “happy with two people liking it.”

The 44-year-old writer admitted that his stay in Minneapolis actually helped him to structure the graphic narrative. His life in exile, as he puts it, kept reminding him of “the reggae singers Bob Marley and Peter Tosh,” who according to him were “legitimate voices for fiction and poetry.” However, the Jamaican writer says his first-time experience remains a difficult period in his writing career. “I almost gave up writing and went to the extent of destroying the manuscript of my first novel,” he was quoted in one tabloid. This was after his first book had been rejected 70 times by publishers who wanted a “traditional novel.”

Michael Wood, chair of the judges, told reporters that the decision to award the Man Booker prize to James was “easy and unanimous.” He said the panel of judges found the book “extraordinary” and full of surprises. He went on to say, “One of the pleasures of reading it is that you turn the page and you’re not quite sure who the next narrator will be.” This was in reference to the fact that the novel contains more than 70 characters representing the all social stratum of Jamaican lifestyle. However, Wood admitted that the epic might not be an easy read for some readers as it contains “some tough stuff” and “swearing.” James is also aware of this and upon receiving the prize said, “[his] mother should stay away from part four of the book.”

A Brief History of Seven Killings has had a rise in sales since it was adjudged the winner of the Man Booker prize. According to Nielsen Book Research, the novel sold more than 1000 copies a week since it was shortlisted for the award. Jonathan Ruppin, a web editor at Foyles Bookshop, recently described James’ novel as “uncompromising,” since it portrays vividly the Jamaican’s history and the thuggery that underpins the gangster’s world. The book has also been lauded for its originality and “eye-catching language,” that keeps the reader in suspense.

The Man Booker prize was first awarded in 1969 and was a preserve of writers in Britain, Ireland, Zimbabwe and Commonwealth countries. Nonetheless, the ambit was widened in 2014 to include any novel written in English and published in the U.K. Last year’s award was given to Richard Flanagan of Australia for The Narrow Road to the Deep North. In 2013, the prize was awarded to Eleanor Catton for her novel The Luminaries. This year the contest was highly expected to be won by Hanya Yanigahara, an American national for her book A Little Life, but the Man Booker prize winner was a man who almost gave up writing after being rejected more than 70 times by publishers. In the video below, James gives a speech after being announced the winner.