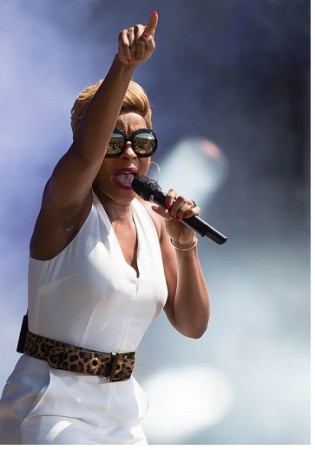 Any person who has ever walked with someone through the shadows and shame of being the victim of domestic abuse knows that there are good days and bad days. Often without warning, the pendulum can swing from social to manic depression. Triggers seem to lurk around each corner waiting to set the sufferer off and ruin a practically normal day. As one who has dealt with this trauma at arm’s length, it is painful to witness a victim who is unable to reverse the effects while wondering how long before there will be some relief for their scars.

Last fall, the Queen of R & B, Mary J. Blige, embarked on a project much different from her previous releases. Her management staff, in partnership with overseas producers, decamped her in the UK to record her 13th album called The London Sessions. Known for raw lyrics, club bangers, and typical party atmosphere, Blige seemingly opened the vault and traveled back in time to tap into the pain of her past with the second track, Whole Damn Year.

Maybe the world had forgotten this tough but abused flower from Yonkers, New York had been through the ringer with a string of abusive relationships. Or that she made her mark on the world by being brutally authentic in her music from the start. Regardless, Mary was bent on getting back to her roots and felt a tug at her heart to lend a voice to so many in society who suffer silently while their abusers lord over them. Whole Damn Year crescendos in its chorus which Blige sings from a dark place saying:

See winter took most of my heart
and Spring punched right in the stomach
Summer came looking for blood
and by autumn, I was left with nothing

Steeped in a language any person whose suffered abuse could relate to, Blige and her co-writers penned an instant anthem. The 411 singer opens in allegory form and is letting her lover know she has valid reasons for not wanting to be touched right now. Blige states she is trying hard to allow intimacy into her life, but due to the abuse suffered, she is just unable. Blige goes on to say:

In a society where the National Coalition Against Domestic Violence says every nine seconds a woman in America is the victim of some form of domestic violence, Blige definitely has a base audience who will listen. In fact, one in every four women has suffered at the hands of an intimate partner. Cases upon cases are heard daily in local municipalities, but relief seems a distant hope. 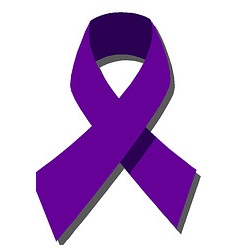 It is important that anyone who is being victimized, knows of another, or has been, understands that victims have rights. Those who have suffered from this violent abuse should never allow anyone to convince them that their claims are false or just an overreaction.  Instead of continuing to suffer in silence, get help!  First contact the local authorities and also search the area for any agencies that give aid to victims of violence. Many have emergency services on hand who will assist victims in getting out from under the control of the abuser. These abusers usually exercise their control through financial means as well as causing the victim to believe they have no other options for escaping. That coupled with shame can cripple any victim’s efforts to become free. Do not fall for it!  Along with a host of agencies and the sheer will-to-live a better quality of life, there are many ways targets can be liberated.

Blige has never been shy about her lyrics but admits this one was difficult. Mainly because so many around the world have looked to her for inspiration and as an outlet of expression for their pain. It is not a role she set out to live up to, but one she has grown to accept. With philanthropic efforts in New York and around the country, the Real Love singer understands her place in this issue and has learned to welcome her role as an advocate.