On Tuesday, Oct. 13, 2015, the Dutch Safety Board (DSB) released an in-depth report concerning Malaysia Airlines Flight 17 (MH17), which went missing during a routine flight from Amsterdam to Kuala Lumpur on July 17, 2014. The Wall Street Journal reported that the Boeing 777 was struck by a Russian Buk missile. According to the DSB, the missile was fired near Snizhne, Ukraine, which was under rebel control supported by Russia.  It was reported by the DSB that the Ukrainian rebels took down MH17, killing 298 people.

Hours before the DSB released their press report, Almaz-Antey, the maker of Buk missiles, held a press conference blaming Russian’s separatist partners in eastern Ukraine for shooting down the jet. It was stated that the missile that took down MH17 was no longer used by the Russian military and was fired from a location west of Snizhne.

The United Nations and the European Nations have issued a warning to airlines to avoid the airspace over Iran, Iraq, and the Caspian Sea. Russian president Vladimir Putin is presently firing on Syria. The report from the DSB blames the 298 deaths aboard MH17 on the Ukraine for failing to establish a no-fly zone before the commercial airline flight was shot down.

Among the 298 passengers that were killed when the Russian missile brought down the MH17 Boeing 777 were 38 Australian citizens. Australian Foreign Minister Julie Bishop announced on national radio, “We will not be bullied by anyone. We will continue to pursue justice for those aboard MH17.” According to Foreign Policy, the Russians have kept the downing of MH17 a secret for over a year.

One of President Putin’s third-term agendas has been to create a “Kremlin-linked troll factory,” writes Foreign Policy. To that end, the classified section of a newspaper may contain ads looking for “Content Managers” or “Production Editors.” This job would offer the opportunity to sharpen one’s writing skills while at the same time slipping Russian values into blog posts about applying cosmetics, learning photography, fishing, etc.

Writers are encouraged to add news links that berate the United States and the Ukraine while posting amusing memes in online forums, making the insults seem amusing and innocent. Strong writers will be allowed to post angry comments on major news sites in the western regions. After some practice, one will be able to post viral videos about trending topics with tiny insults against President Obama dropped in throughout the video.

This industry promises growth while the economy is spiraling toward recession. The job pays 600 rubles a month, plus bonuses. The work schedule is ideal with two days on and two days off. This strategy is quite similar to the way ISIS manages its own propaganda.

According to Foreign Policy, paying people to troll websites is an interesting political strategy. The idea is to create confusion with misinformation and misdirection while pushing Putin’s political views on blogs, forums, and other forms of social media. A political science teacher at Vilnius University, Nerijus Maliukevicius, studies Russian media and claims that the coverage of MH17 is supposed to “troll reality.”

Maliukevicius believes that the end goal is to prevent Russians and anyone linked to Russia from being blamed or punished for the downing of MH17. However, there is an overabundance of evidence that says differently.

There have been interviews with soldiers, satellite imagery, and secret funerals for military operatives. Putin wants a complete, thorough, and objective investigation performed to his standards before anyone refers to the MH17 incident as criminal. He also denies that Russia has been any part of the conflict in eastern Ukraine.

The Internet trolls are paid to misdirect, distract, and change topics of this discussion online. According to experts, the Kremlin does not wish to offer an alternate truth, but for viewers to actually believe nothing at all.

This strategy is designed to create doubt in people’s minds concerning Western media and governments. The idea of these trolls is to cause confusion worldwide in the long run. So much false information has poured from the MH17 tragedy that a group of students started their own site debunking the lies spread by the trolls in 2014. An ex-television producer in Moscow calls this mass trolling “information warfare” fought to push ahead Putin’s agenda. 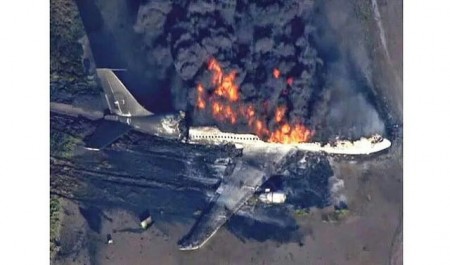 On Oct. 13, 2015, Almaz-Antey bestowed irrefutable evidence of the Buk missile shooting down MH17. The presentation provided illustrations of blast impacts, numerous mathematical formulas, and a video showing a Buk missile blowing up an Ilyushin Il-86 cargo plane. This evidence was to dispute that the Buk missile was fired from Zaroshchenske, which was reported to be either under rebel or Ukrainian control in July 2014. The company avoided blaming the Ukrainians directly and refused to debate over who had control over Zaroshchenske.

Russian analysts claim their country is a victim of an information war. Journalists confronted Russia concerning the many conflicting theories that have evolved in the past year. Igor Korotchenko, a defense analyst, responded that the United States retrieved photos from satellites when Russia flew to Syria, but in this case, Americans did not investigate the same way. Before leaving the press conference, Korotchenko stated that America is hiding information that proves the Ukraine is guilty of bringing down MH17.

According to experts, the mandate to create several distractions may not have come from Putin. Russian news reports have promoted these suggestive schemes and suspicions without orders. According to Maliukevicius, Russian news site RT has predominantly foreign listeners, and they set the tone.

The Russian leadership has convinced their citizens that the Ukraine caused the tragedy of MH17. An independent survey showed that 44 percent of Russians think the Ukraine shot down MH17, 41 percent believe it was caused by Ukrainian leadership, and 17 percent blame the U.S, whereas  3 percent placed the blame on the rebels and 2 percent called out Russia for training and arming the Ukrainians.

A Dutch prosecutor will have a list of “persons of interest” next year. Russia vetoed the United Nations Security Council’s plan to put together an international criminal tribunal for a thorough and objective investigation.

The Ukraine has expanded the preliminary observation of the International Criminal Court (ICC). Requesting the ICC to include any atrocities which happened in their country since February 2014, including MH17.

According to David Scheffer, a Northwestern law professor, Ukrainian and Russian citizens who were “acting from Ukrainian territory” could be tried in court. Countries could come together and agree to create a special court. Additionally, the Ukraine could bring a grievance against Russia in the European Court of Human Rights.

According to Foreign Policy, there are few who anticipate Putin will confess if Russia is guilty concerning MH17. No matter what evidence is presented, there will not be accountability until there is a regime change. According to Pavel Felgenhauer, a defense analyst, Putin has made it clear that he is not intimidated by any Western influences.