South Africa a Blueprint for Success 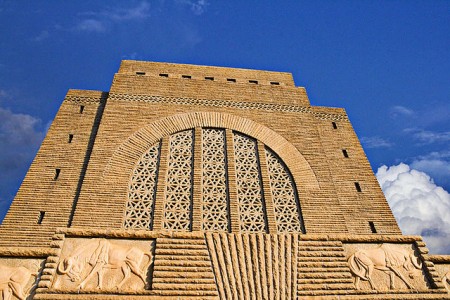 The Afrikaners have unveiled a R3.5 billion plan to secure the future autonomy. The Afrikaner is here to stay and does not intend to give up on South Africa. Having deep roots and determination to secure a future for the younger generation by 2020, the summit held in October 2010 proposed a plan of action of commitment. Today, the Afrikaner has almost no choices regarding the future, except to continue to accept the current governance, crime, and elimination of the minority;  emigrate; or create a sustainable future.

The last time the Afrikaners united, apartheid happened and a considerable stable economy was built. The future plans of this determined culture have shaken some people. The Afrikaner has done this before and certainly has the ability, strength of character, and willpower to succeed again.

While Afrikaner independence might not be achievable, or practical, the people have proposed an entirely new concept as a way forward to protect the historical heritage, language, and religious principles. The new plan would include establishing a private Afrikaans university coupled with a bursary for learners. As South Africa has a severe educational crisis, and the future of education does appear to be on the brink of disaster, the Afrikaner will implement plans to ensure the fundamental necessity of education. Besides a university, there are plans for a language center, poverty alleviation, and safety.

Today, many South Africans do not rely on the government for security, medical care, education, and electricity. The past 21 years have seen a decline in service deliveries and destruction of what was built under apartheid. As a democratic country, South Africa remains a Third World country sliding into chaos and a failed state. Although progress by the democratic government to uplift the majority poor people has been marked as positive, there is still much to be done. However, the declining economy and corruption coupled with crime has a detrimental, negative impact on the South African society.

The Afrikaner is focusing on community self-reliance, safety, and quality of life. The Afrikaner is as much an African as the various cultures in South Africa are and want to make a sustainable contribution to the future of this country. Right now, it is becoming impossible for the minority to contribute effectively when doors are closed, unemployment levels rise, and exclusion is the order of the day. The government’s Black Economic Empowerment (BEE) has isolated the minority, forcing many to lose jobs and homes and to live in white squatter camps. The quality of life for many white people has declined into shameful poverty as exclusions continue to block any hope of living a decent life.

For South Africa to become a successful country, there must be a growing private sector, an operative public sector, and active citizens. It would be irresponsible for citizens to leave the future in the hands of a government, as the world has seen the failure in Greece and Zimbabwe. A weak government affects all the people and for too long now the majority has depended on the current government to shape the future of South Africa.

In truth, after 21 years, the Afrikaner is standing united and taking a course of action to determine a bright future by holding on to a vision and building structures to support that vision. The measures adopted by the Afrikaner can help the majority become vigilant and emulate a way to move forward. As the Afrikaner mobilizes toward a future of prosperity, safety, and value, the majority can continue to sit back and depend on the government to shape the future, continuing to live with an inferiority complex, self-hatred, and poverty and call that freedom, or the majority can start implementing and restructuring a secure future.

4 Responses to "South Africa a Blueprint for Success"