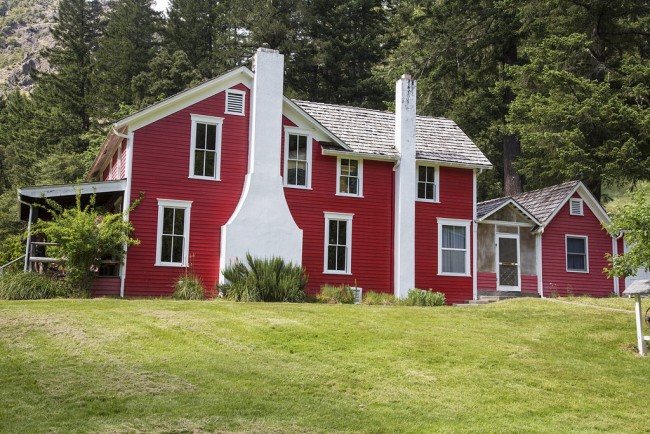 The Visit is arguably one movie that will redeem its writer and director from being an industry joke to a genius. M. Night Shyamalan, widely acclaimed for his ingenuity in The Sixth Sense, has of late been the punching bag of movie critics. However, recent box office figures and movie reviews all suggest that The Visit ends with Shyamalan laughing the loudest.

Speaking in an exclusive interview to SBS in Australia, Shyamalan did concede that he had choked to the demands of expectation. This had weighed on his creativity and the depression ended with The Visit. “I’m a super-reflective guy dealing with the repercussions of fame and expectations; all of those things are really suffocating, but I always strive to understand them, not beat them,” he said. He continued with a tinge of humor and said winning at all cost is not everything. “Your survival gut tells you to try to win, win, win, but really when you’re at peace you just understand it, you know, and then you’re fine. Cut, and scene. Reset.” It will be a fair argument to suggest that Shyamalan is now laughing the loudest after the high gross earnings accumulated by The Visit.

According to Forbes, the weekend box office figures reveal The Visit has endeared itself to moviegoers. The $5 million budget movie is reported to have earned a total of $52.261 million in just 17 days. Amazing figures for a film director who had been relegated to the popcorn movie bins as an industry joke! Shyamalan, who made the movie in secret and paid for it himself, attributes the success to creativity and being resourceful. He told SBS, “All you need is a minimum amount of money and your imagination to go tell this incredible story.” The Visit has certainly gone beyond expectations due to its gripping storyline. Much is credited to the use of humor and tension that makes one laugh the loudest and at the same time cringe with spine-chilling fear. In one of his interviews with Deadline, early last month, Shyamalan said, “The Visit essentially uses a rhythm of ‘comedy scare, comedy scare.’ Then, the laughing and the screaming get close together until there’s an 180 and you’re laughing and screaming at the same time.”

The Visit, Shymalan’s eleventh movie, narrates a gripping horror tale of two siblings who visit their estranged grandparents in Pennsylvania farm country. All seems to be well upon their arrival until the siblings discover a horrible secret. One of the sticking rules is that the children should not leave their bedroom after 9:30 p.m. They start to wonder if they will ever make it back to their mother. However, the movie is told in an amusing tone which makes viewers quickly forget about the impending danger about to fall on the kids.

The gripping tale is shot in found footage style. According to Scott Tobias, the editor of The Dissolve, this style of filming allows viewers to see on-screen through the camera of one of the characters as if they are seeing is what the character is filming. The technique can be argued to have wooed the young audience to the theaters. It is thus fair to suggest that The Visit has ended well with the director Shyamalan laughing the loudest much to the amazement of movie critics. The video below is a trailer of the movie.