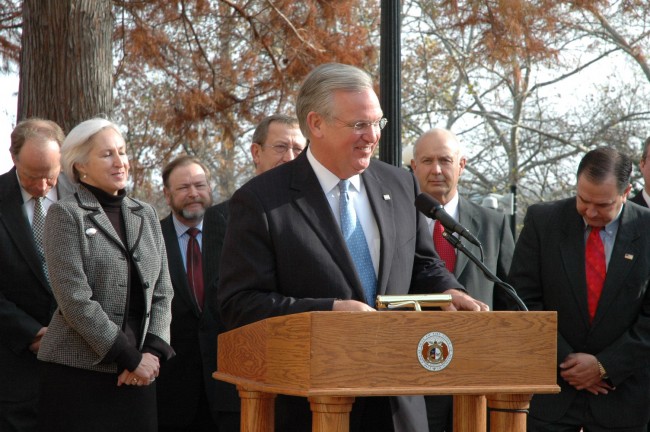 Kimber Edwards had been sentenced to death, which was scheduled for Oct. 6. Although it had been originally scheduled for May 12, an order granted the defense attorney a clemency request.

Edwards was convicted of hiring Orthell Wilson to kill his ex-wife, Kimberly Cantrell, in Aug. 2000. The convicted criminal, supposedly, had her killed so he would no longer have to pay child support. He had told the courts he was framed.

Wilson committed the murder and testified against Edwards at his trial. Wilson had made a deal with the district attorney for a life sentence in exchange for his testimony. Nonetheless, Wilson is now telling the media he only testified against this man to avoid the death penalty. Wilson states that he committed the murder on his own and was not paid.

According to Huffington Post, Edwards gave a compelling testimony, which supported his innocence. A jury, however, sentenced him to death, while Wilson, who committed the actual murder, was sentenced to life in prison.

Governor Nixon gave a statement on Oct.2 and he supports Edward’s conviction of first-degree murder. The governor said he reviewed the case files carefully. As governor, under the Missouri Constitution, Nixon has the authority to overrule the jury’s decision to hand down a death sentence. His decision was to overrule the death penalty and instead granted him a life sentence without the possibility of parole. According to the governor, he did not come to this decision lightly. He carefully considered all of the evidence, as well as the circumstances surrounding the case before arriving at this difficult conclusion.