The Women of Wave Church Join the A21 Walk for Freedom 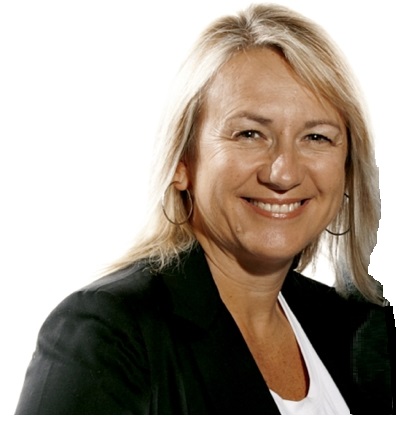 Slavery is an ugly word that is often only referenced in history books, but for many who have fallen prey to human trafficking it is a current reality. The A21 Campaign has an annual Freedom Walk which aims to raise awareness for the ongoing problem of modern-day slavery and inspire more people to get involved in the fight against human trafficking. Today,  Pastor Sharon Kelly and the women of Wave Church decided to forego their weekly Wave Women gathering to  join forces with thousands all around the globe and walk for Freedom.

In 2007, Christine and Nick Caine founded the A21 Campaign with a mission to make a difference while fighting for justice on behalf of those hurt by the exploitation of the sex trade and forced labor to which victims of human trafficking fall prey. To this wise, Steve and Sharon Kelly, senior pastors of Wave Church, have worked to bring awareness to this modern-day slavery for years and have joined the efforts of the A21 Campaign in hopes of seeing countless men and women freed from slavery.

Human trafficking is an international problem that has found a landing-place in neighborhoods many would least expect. Reportedly, just yesterday, three teens were rescued and 12 pimps arrested in Virginia Beach, VA as part of a trafficking operation. It is happening all across the globe and the women of Wave Church counted it a privilege to bring awareness to this horrible crime by joining the Walk for Freedom. When asked why the women of Wave Church were participating in this walk, Pastor Sharon replied:

As a community of women, dedicated to impacting the communities around us we are taking the time to bring awareness to the worldwide issue of human trafficking. Through awareness comes change and we are honored to play our part.

Although not everyone can carry out an actual rescue of human trafficking victims, they can do their part and sponsor or join one of the many Freedom Walks around the world. Freedom Walks were created to draw people together in the fight for justice and freedom for those who are exploited. Anyone, regardless of age, can join a walk in their local area as a way to stand up and be counted as a voice for those who have none; just as the women of Wave Church did on today. By banding together, it raises the visibility of the issue as well as money to fund the ongoing efforts to abolish this form of modern-day slavery. 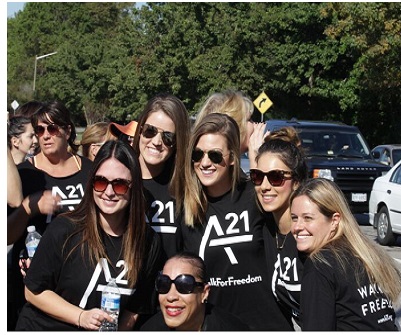 The women of Wave Church have been firm supporters of the A21 Campaign for several years. Pastor Sharon hosts an annual women’s conference named Devoted which has a continual partnership with A21. The attendees of the conference generously give their finances to support the efforts of the campaign all over the world. Each year, because of the generosity of these women, a check from Devoted Conference is written to the A21 Campaign to help fund all its endeavors to end human trafficking around the globe.

The surreptitious nature of the trafficking operation makes it difficult for governments to collect accurate statistics and fuels a mindset for official denial of the issue. According to a 2009 United Nations report, there is a definite need for greater involvement on all levels in order to escalate the efforts to end the slavery of human trafficking. The Walk for Freedom is just one of many ways citizens can join the mission to fight for justice and join a group of world changers who take a bold stand to see this modern-day slavery eradicated. In addition, to regular financial support, Pastor Sharon Kelly and the women of Wave Church banded together and joined the A21 Walk for Freedom Campaign.