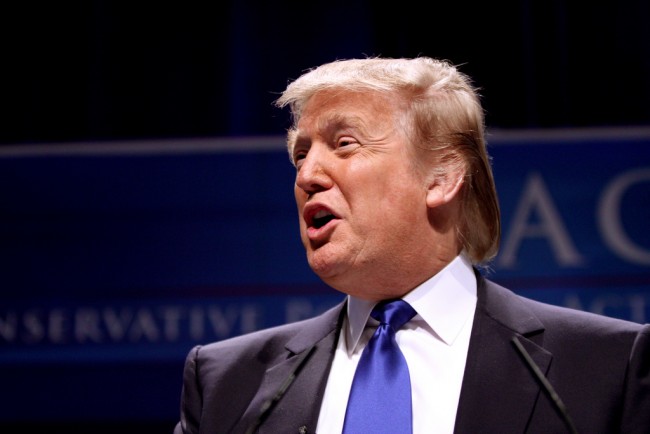 Donald Trump, the leading Republican candidate for the 2016 presidential election, has forced CNBC to agree to his terms for the GOP debate, to be hosted by the network on Oct. 28, 2015. This was after Trump and Dr. Ben Carson threatened to boycott the debate if it was going to be more than 120 minutes long. Trump and Carson wrote to the network on Oct. 15 to air their grievances, and emphasized that a marathon GOP debate will be at the expense of the viewers and will only benefit the network, which will cash in on advertisement revenue.

Trump was in a celebratory mood after CNBC, in Boulder, Colorado, finally agreed to his terms and conditions on Oct. 16, 2015. The Republican candidate took to Twitter, writing, “@CNBC has agreed that the debate will be two hours. Fantastic news for all…..millions of people who will be watching.”

Trump and Carson had teamed up to demand not only a 120-minute time frame, but also that the debate should include opening and closing statements from all candidates. In a letter addressed to Matthew Cuddy, the CNBC Washington Bureau news director, the duo told the network they will not agree to a debate longer than two hours. Asked about the format taken by CNN recently during the Democratic debate, the maverick billionaire jokingly told reporters that he learned he could stand in one place for three hours. He went on to say, “I think it’s unfair to the viewers because it’s too much to watch.”

CNBC had initially stated that the Republican debate will not have opening and closing remarks. In a statement, after agreeing to the terms of Trump and Carson, CNBC said, “Our goal is to host the most substantive debate possible.” The network said although it was the corporation’s standing tradition not to allow opening and closing statements, the decision reached was not as a result of a perceived threat by Trump’s or Carson’s campaign teams to walk out. An official with the network said the consensus was reached amicably by all parties involved so as to have “the best debate that will inform the voters of the best candidate.”  CNBC was quick to point out that the change in the time frame does not mean that they have been arm-twisted by the reality TV star in order to agree to his terms and conditions.

Meanwhile, more than 18,000 people have signed a petition on MoveOn.org urging Saturday Night Live to stop from allowing the real estate mogul to host the show on Nov. 7. The online petition states that Trump has offended Latinos through his derogatory remarks about Mexican immigrants and NBC should not give him an opportunity to host. The petitioners strongly feel that NBC wants to boost its ratings at the “expense of the Latinos,” once described as criminals, rapists and drug barons by Trump when he first announced his candidacy for the White House.