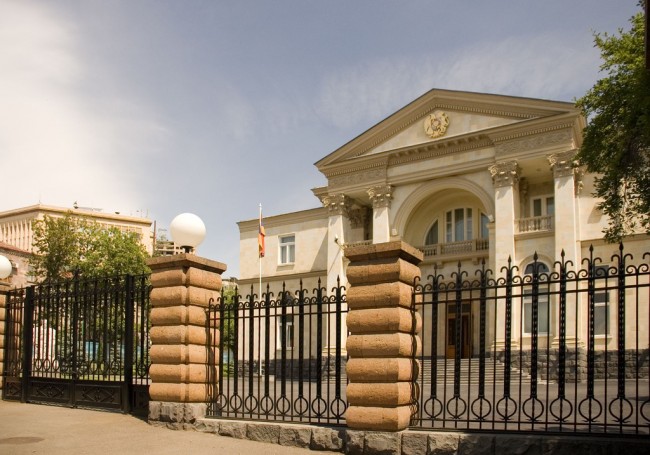 On Oct. 26, 2015, the Foreign Minister of Armenia, Edward Nalbandian, hosted a mediation session prompted by an escalation of violence not seen in the Caucasus region since the 1990’s. The meeting was with the Organization for Security and Co-operation in Europe (OSCE) Minsk Group Co-Chairs. Nalbandian explained during mediation that the attacks “reveal Baku’s intention to undermine the efforts of Armenia and the Co-Chairs countries, aimed at the peaceful resolution of the Nagorno-Karabakh conflict.” In the past, bullets have flown across the Armenia-Azerbaijan border, but this year it was mortars. Thomas De Waal from Politico calls this new resurgence of violence between Armenia and Azerbaijan over Nagorno-Karabakh “another link in the chain of disorder stretching from Ukraine to Syria.”

The violence in the Caucasus region has prompted meditation by OSCE. The mediation group is co-chaired by the United States, Russia, and France. De Waal questions the efficiency of this process and whether it is a “conflict management exercise, with little ambition or ability to achieve a full resolution of the conflict.” The conflict in Ukraine and Syria have drawn a lot of energy from these parties.  However, the second week in October saw a dozen deaths in this border skirmish pulling attention back to a battle that is supposed to be under the ceasefire.

The Armenia-Azerbaijan war stems back to the breakup of the USSR.  That conflict saw 30,000 killed and created an estimated 1 million refugees. Co-editor-in-chief of the Caucasus Survey journal, Laurence Broers, believes the chance of a full war ensuing is unlikely and that “the exploitation of Caspian oil and gas militate against a fully-fledged military campaign.”

An Armenian-backed 25-year-old soldier from Narorno-Karabakh, Simyon Sarayan, says that “The shooting is increasing. . .We’re always on alert and ready to give a proper response.”  Armenia continues to argue that it has the right to defend its 1991 declaration of independence from Azerbaijan. In 1991, Armenian Christians fought for independence from the predominantly Muslim Azerbaijan. It was not until 1994 that Russia was finally able to negotiate the ceasefire that is now being threatened.

Russia has expressed an interest in its “former” territory but not with the vigor or strategic prowess that it showed in annexing Crimea. Russia recently resigned an agreement to maintain their Gyumri military base until 2044 in support of Armenia. Yet, Russia’s general approach to this conflict has been described as reactionary and not proactive. It appears that their presence in Armenia and Azerbaijan gives them influence in the south Caucasus. There has also been an increase of “heavy weaponry” sold to Azerbaijan.

The violence in the Caucasus has prompted a new round of mediation sessions. This conflict never really ended following the move for independence by the Armenians in 1991, but the ceasefire had been enforced. The recent resurgence of violence may signal a new wave of hostility although current political analysis does not appear to be concerned about an all out war.

Politico – Losing Control in the Caucasus