All Over for Cornelia De Wet 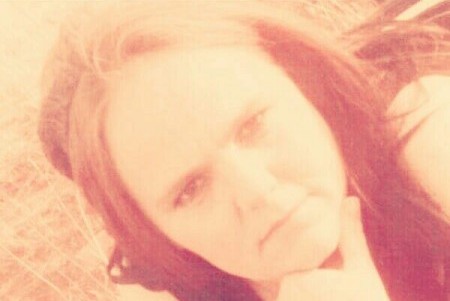 It is all over for Cornelia De Wet, as the Carolina Magistrate court commenced with her trial this week in a case that has lingered on for over four years and consisted of over 40 court appearances. Arrested during 2011 and charged with possession of explosives and ammunition, the accused spent two years in different prisons and was released on bail. The stress and trauma of the past four years might be over, but the severity of the outcome will haunt the family for a long time.

Before the trial commenced, the accused was provided with a state attorney, who appeared for the first time and, according to De Wet, “was a gentleman, concerned and willing to try his best.” The accused was advised that if found guilty, a 25-year jail term would be handed down, but if De Wet pleaded guilty, the chance of a lesser sentence was on the table. Pleading guilty to avoid a harsh jail sentence, the accused received a five-year suspended sentence and a life-long criminal record.

During the trial, the state admitted that there was no real factual evidence to prove the accused was involved or had plans to commit a crime using the explosives or ammunition. The state confirmed that there were witnesses that could be called, but it would not result in any conclusive evidence being delivered. During sentencing, the magistrate said that the accused was the only person who knew what her intentions with the explosives and ammunition might have been. The state took into consideration the two years she had already spent in prison and the denial of bail on three accounts, including the attempt to make a plea bargain to end the traumatic experience. The accused was reminded of the seriousness of the charges and that the interests of the community and the family had to be taken into account before handing down the sentence.

De Wet is pleased not to have to return to prison, and recalled the nightmare of spending time in the overcrowded, rat-infested South African prisons. A particular memory that will haunt the accused is the rape affliction and being chained like an animal during the many transfers from one prison to the next. Not one prison experience was better than the rest, and places of safety were all described as close to being in hell; having to endure the wrath of prison wardens, who tormented and humiliated prisoners.

Behind the entire order was a right-wing group known as Leeuwag/Panzer, who, according to De Wet, are police informants. It is this group which fearfully tormented the family for years, and although the trial is over, the irritation continues. Shortly after the court case, a member of the Leeuwag group telephoned De Wet to say the members were disappointed with the sentence the accused had received. The caller said there were plans to continue the harassment and initiate action which would eventually cause the state to throw De Wet back into jail.

De Wet, a robust, intelligent person who was branded a political prisoner, endured years of suffering. Becoming a victim of falsification and bearing the cost of over 40 court appearances has taken its toll on this once-strong woman. Corruption and the failing justice system has sparked the fear of discrimination and inequity being directed towards the family. Now the first nightmare is over, and a new beginning awaits, yet it is a beginning with limits, as having a criminal record will cause financial hardship for De Wet, who will possibly not be employable.