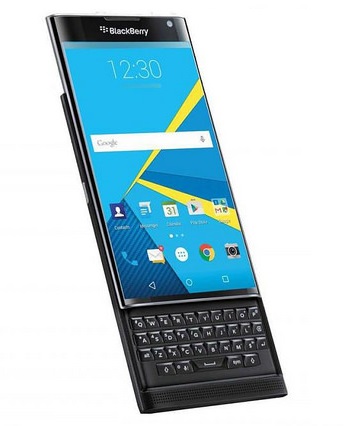 The newest BlackBerry (BB) smartphone to hit the market is set to release tomorrow, Nov. 6. The BB Priv is not only the answer to the host of rumors surrounding a BlackBerry Android-powered device, but also the “make-or-break” for the future of phones for the company. The Priv will run Android Lollipop on a Snapdragon 808 CPU with 3GB RAM along with an 18MP rear camera. According to the CEO, John Chen, “it may be the first Android smartphone for the struggling company but it is backed by the well-known BlackBerry security.”

This new device is the CEO’s last attempt to revive the company’s smartphone enterprise. The long-awaited phone is prepared to set a new precedent for BB lovers. The loyal fans love their device of choice, but are tired of lagging behind on applications which are necessary to stay connected in today’s society. Not only does it feature the much-loved sliding QWERTY keyboard, but all the wonderful aspects of BB10 including BlackBerry Blend and Hub. The new BB Priv also promises to render excellent security features that have maintained its loyal fan base. When speaking of the soon-to-be-released handset, Chen said:

Today, I am confirming our plans to launch Priv, an Android device named after BlackBerry’s heritage and core mission of protecting our customers’ privacy. Priv combines the best of BlackBerry security and productivity with the expansive mobile application ecosystem available on the Android platform.

Software and hardware have never been a problem for the company’s handsets. BlackBerry has excelled at both for many years, however, it has struggled to rise to the occasion with content and applications. These are necessary features in order to keep a solid clientele. Consumers want to be able to access the most popular apps on their mobile devices: without this option they will leave, even if it means a lesser quality phone.

This deficiency had a great influence on the decision to adopt the Android platform. With the new Priv, Chen hopes to solve this issue. Customers will now have access to things like Google services, popular applications, an extensive selection of movies and television shows and other content available through Google’s Play Store. The new BB Priv is set to release tomorrow, but the concern many critics continue wonder is if BlackBerry is too late.

The BB Priv will decide the future of the company’s smartphone division. Chen has worked hard over the past year to bring BlackBerry up to speed. The recent addition of the BB Passport did well, but failed to attract the number of customers desired; as did the BB Classic. The Priv is aimed at being the game changer with the ability to reach new prospects by running on Android as opposed to the company traditional operating system. Although some BB fans are not happy with the decision, others are really into the possibilities the new device introduces.

All major carriers have claims to sell the new device, but AT&T is the first in the United States to launch the Android-powered BlackBerry. It goes on sale Nov. 6; when signing a new two-year contract the phone will be priced at a reduced rate of $249.99, however, without the required contract the full price is a hefty $699. Finally, BlackBerry users will have everything they currently love about the device along with the capabilities that accompany the Android OS. The new BB Priv appears to be a powerhouse with a sleek design, advanced security features, and seamless productivity, which will ultimately decide the fate of the company’s handset division.