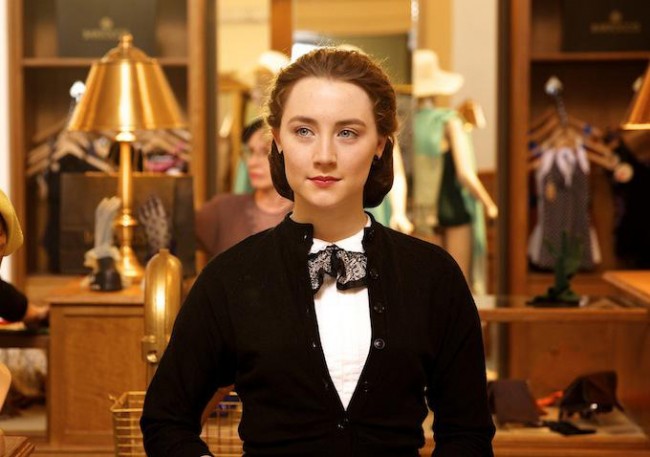 The movie Brooklyn is relatable to anyone who immigrated to the U.S. in the last century and their descendants wanting to understand that experience. Whether they came from Ireland, Italy, India, Iran or Indonesia, the immigrant experience in America depicted in the film is largely alike – learning a new language for things (American colloquial English), prejudice toward them as foreigners, clinging to those with similar cultural backgrounds, learning about other cultures here, missing the home that is no longer home, and more. That is why the film, which could have been simply viewed as a sweet story about a young woman finding her way, is wonderfully relatable and appealing.

Brooklyn, which is based on Toibin’s 2009 novel about an Irish immigrant, opened last week in a only five theaters in Los Angeles and New York, but it is opening this weekend in several other big city markets (these include Boston, Chicago, Phoenix, San Francisco and Washington, D.C.) and can be seen in 23 theaters. The movie has strong competition in box office space from franchise flicks like Spectre and the forthcoming Hunger Games: Mockingjay 2 as well as those marooned longer than expected like The Martian.

Exquisitely acted by star Saorise Ronan and directed by John Crowley, Brooklyn is the story of a girl (who happens to be Irish in this movie, but could work from other countries too) who is faced with a limited future in her country. The girl, Eilis Lacey, bravely tells people, “I’m away to America,” but she is unsure what the future experience will be in that country, just the promise of having a future. From there, the relatable Brooklyn is about the immigrant heartache, loneliness and differentness, what home means and ultimately where it is.

There have been a lot of films that touch on the experience of immigrants in America from a variety of cultures who struggle adjusting between two worlds. The Immigrant, West Side Story, The Namesake, A Better Life, The Good Lie, The Godfather Part II, and countless others all show the struggles of adjusting, getting by (and along) and establishing new roots.

Brooklyn does not idealize or really convey that Eilis’ life is definitely better in the U.S. than “home.” It depicts the emotional trauma of deciding who someone wants to be and where they will make that life. As another traveler explains to Eilis on the journey to the U.S., “You have to think like an American. You have to know where you’re going.”

Eilis is not the only immigrant to Brooklyn depicted. She is looked after by Father Flood (Jim Broadbent), a kindly Irish ex-pat priest; the tart-tongued woman (Julie Walters) who runs the boarding house she rooms in; the other residents of the home; and the handsome Tony Fiorello (Emory Cohen), an Italian-American man who courts her, as well as his big family. There is also, in one poignant scene, a soup kitchen filled with elderly Irish immigrants who came to America as laborers in an earlier way of emigration and did not succeed beyond their dreams.

The movie succeeds on many levels, but the main reason is the performance on Ronan, who at 21 should earn her second Oscar nomination (she was nominated for Atonement at age 12). She is the heart of the film. Without her strong portrayal, the film could have seemed sappy. But Ronan’s depiction of the immigrant experience makes Brooklyn relatable for everyone.