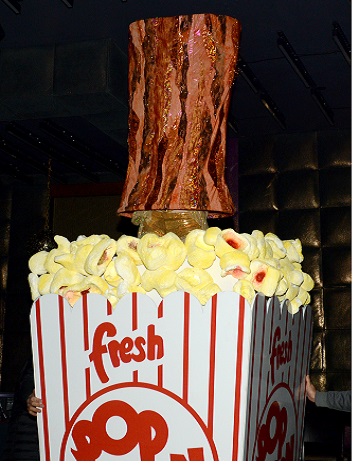 Hormel Black Label Bacon delivered the perfect combination of bacon and burlesque in the first ever Broadway-level “bacon-themed” production. The Bacon Strip Show was a one-night-only performance on a Las Vegas stage complete with an impressive lineup of variety acts. The event featured four burlesque dancers named after premium varieties of Hormel Food’s Black Label bacon including Jalapeño, Brown Sugar, Pecanwood, and Cherrywood.

While some consider this to be the best of times, others have deemed it the worst of times for bacon lovers worldwide.  The makers of Hormel Black Label bacon have refused to allow the new information from the World Health Organization (WHO) to deter their efforts of keeping bacon in the spotlight. Having created the first-ever International Bacon Film Festival, the company is leading the way in creating next-level bacon eating experiences. Now, to introduce its new flavors to the world, Hormel Foods put on a bacon-themed strip show where bacon and burlesque met on stage in a live production.

WHO has bacon lovers sizzling all across the globe with the recent news that bacon, along with other processed meats, could cause cancer. Even still, bacon is at an all-time high as lovers of this salty meat continue to organize tours, festivals, and even a bacon-lovers dating app. When discussing the impact bacon has on food lovers worldwide, one person said:

I have long contended that bacon is the ‘King of All the Meats.’ Some have argued that the Fillet Mignon is king, to which I counter that bacon can even make that taste better. I agree completely with the contention that bacon is the most versatile meat, but I would go one step further and say that pound for pound it is also the flavor champion. May you find satisfaction in your quest to find new and wonderful ways to enjoy bacon. Mmmmmm-sweet, sweet bacon. 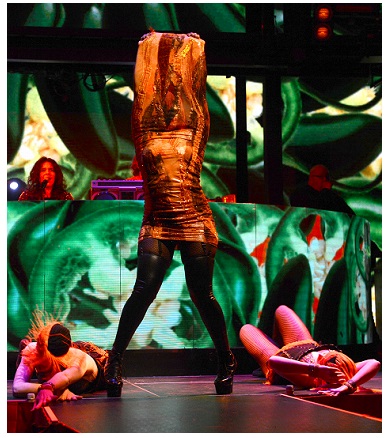 Susannah Mushatt Jones has credited long life to the salty treat. She recently turned 116-years-old and swears that the key to a happy and long life is a daily dose of bacon. For those who insist that bacon is unhealthy Jones believes otherwise. She has eaten the same breakfast, which includes grits, eggs, and bacon, every day for decades. This elderly bacon-lover even has a sign in her kitchen which reads, “Bacon makes everything better.”

Hormel Foods understands bacon’s devoted and passionate fan base. In efforts to alert them to new, dark and smoky flavors, it put on the hottest bacon strip show ever. The event took place at The Cosmopolitan’s Marquee Nightclub & Dayclub on the Las Vegas Strip. The show was created and directed by Mikhael Tara Garver, featuring live theater and carousing-acrobatics, magicians, aerial acts, and more, in addition to bacon in a way fans had never experienced before. When speaking of the show, Steve Venega, Hormel’s vice president of meat marketing, said:

Our four newest premium items are truly exceptional, and they deserve a stage of their own.

The Bacon Strip Show, which took place on Nov. 6, was dubbed the best smelling show in Sin City. The tasty night combined bacon and burlesque in a finely crafted work of art for one sizzling evening. The event featured four burlesque dancers named after Hormel Food’s premium varieties of Black Label Bacon including Jalapeño, Brown Sugar, Cherrywood, and Pecanwood.

All Images Courtesy of Denise Truscello/Getty Images for Hormel Foods