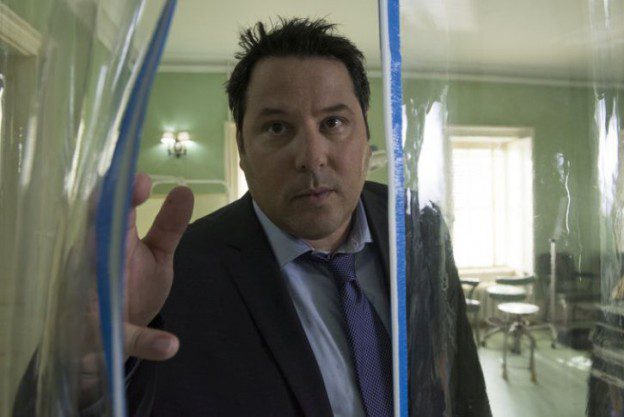 Following Noah Bennet’s past attempted assassination of Erica Kravid, which ended with Kravid suffering a bullet to the butt, the present-day Kravid seemed to have gone further off the psychotic deep end. As she slaughtered a random deer that wandered into her backyard to eat some grass, and viciously cut up the deer meat without even flinching or washing her hands, it was blatantly clear that Kravid had no regard for life other than her own. The twist in her story was the recruitment of Quentin to her psychotic team. Yes, the brother obsessed with finding his missing sister, Phoebe, had been reunited with her, then brainwashed to join Kravid’s team, and ended up saving Kravid in the Heroes Reborn: June 13th two-parter. 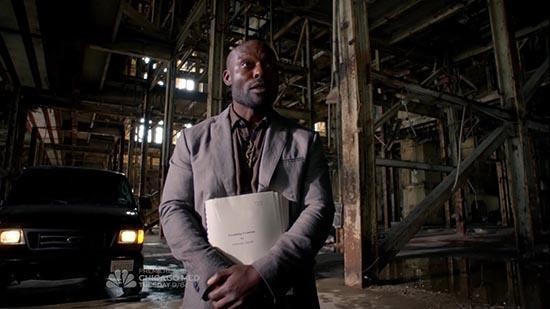 Meanwhile, as Kravid continued the decent into a diabolical madness that would make an old-school James Bond villain proud, Heroes Reborn writers caught up on other characters and their journeys. One of the slower adventures was the veteran Carlos and his attempt to save his family. It turned out that EVO officer Dearing had not betrayed him and was actually trying to help Carlos sneak into Sunstone Manor. Once in, Carlos quickly takes on the persona of one of the attendants and begins his search for his missing father and nephew.

Heroes Reborn viewers discovered that Sunstone Manor is just a Renautas front to find valuable EVOs to further exploit, especially ones with teleportation powers. The only way the normal human attendants are keeping all the individuals with the power in check is with the help of the Director. Obviously, from the workers’ hints, Heroes Reborn viewers should have already guessed who the Director was. Yes, Matt Parkman himself had sold his soul to the devil, aka Renautas, and is keeping the EVOs in a dream state with his telepathic abilities.

Once Dearing blew their cover, it did not take long for Parkman to intervene. Heroes Reborn viewers may have wished this fan favorite from the original was going to turn over a new leaf, but Parkman quickly proved them wrong by mind-warping Dearing into going into another room and making Carlos relive his time as a soldier. Finally, Carlos’ story is getting interesting and is starting to tie into the rest of Heroes Reborn characters. 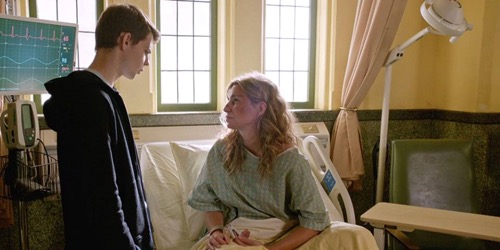 Tommy also had a bit of a revelation this week and started to realize his destiny. Emily and Tommy come to their senses and decide to finally head back to Colorado and face what fate has in store for them. Unfortunately, it was nothing good. Emily went back to her after-school job of serving ice cream and ended up running into a still-crazed Joanne. Considering that Luke sold the business and torched the home, she had nothing else to lose and was out for some revenge. Her first stop was to pay Tommy a visit.

Conveniently, Malina and Luke arrived just in time to help Emily out. Originally, Casper was the first to encounter Emily. He was sent by Noah to erase her memory and tie up any more loose ends that might distract Tommy from his destiny. Sadly, Joanne crashed the party and threatened to kill Emily if she did not bring Tommy there. Luke, who had already recognized Joanne from the window, barged into the parlor to stop her from making a further mistake. It seemed that everyone was making their way to the ice cream parlor. 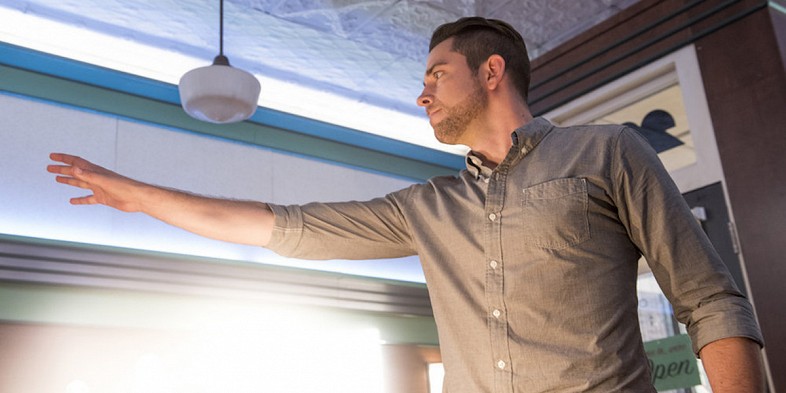 Just as things were reaching their climax with all parties involved, Tommy teleported in to save the day. He received a less-than -cryptic call from Emily and decide to go and save her life again. However, his heroic act was not without casualty. Just when Casper was making a move to wipe away Joanne’s memories, her nerves and trigger-happy demeanor got the best of her, and she hit Casper right in the forehead. Too bad, as he was just starting to grow on viewers. Once Tommy arrived on the scene, he stopped time, saved all parties involved, and teleported Emily to safety. 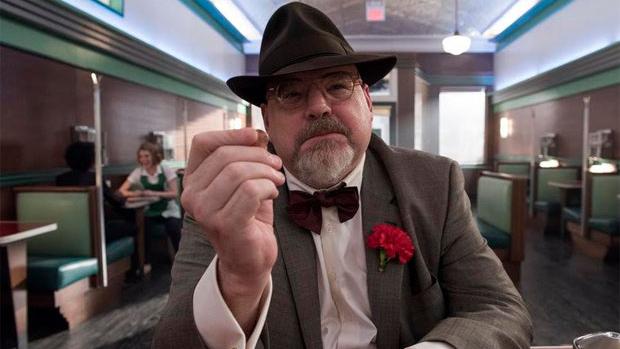 Making his way back to the hospital, Tommy was not in the clear just yet. It seemed the young hero teleported himself right into a trap. One of Quentin’s first acts of betrayal was turning on Noah and bringing his grandson, Tommy, straight to Erica’s clutches so she could finish her master plan of building her own Utopian future. In Heroes Reborn: June 13th, the mystery behind Tommy’s powers and his current situation were finally cleared up. Since he is a Petrelli, Tommy’s powers are actually siphoned from Hiro Nakamura. Quentin and Phoebe ambushed Tommy and Noah at the hospital and kidnapped Tommy. Bringing the young teleporter to the home of Erica Kravid, Tommy and Erica sat down over a venison dinner and Erica tried to recruit Tommy into her plan in order to further build her crazed future. 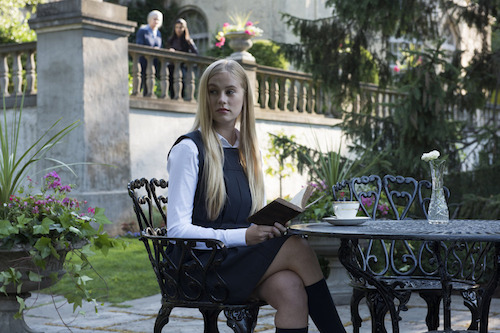 Heroes Reborn: Sundae, Bloody Sundae was so jam-packed with action scenes and revelations that it was a lot to absorb in a single hour. There were deaths, some rebirths (the return of Jean-Paul within the Hero Truthers group), and the reunion of Noah with Claire’s twins, Some plot holes are still left to be cleared up, like how Malina, Tommy’s twin, grew up so fast when he is really only one year old. However, the cliffhanger of Miko’s return in the distant, desolate future should prove an entertaining watch of the coming episode.