New York City Is on Alert 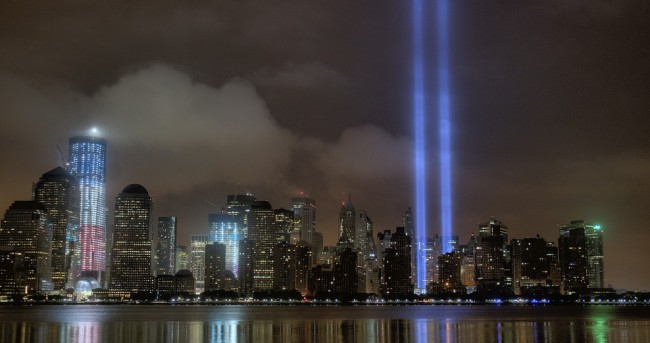 New York City is on alert following the release of a video thought to have been created by ISIS. The video that surfaced directed threats towards the U.S. Specifically, Washington D.C. and New York City (NYC) were identified as points of interest for attacks. The imagery within the video depicts a man fastening a bomb to himself as well as photos of Times Square, thus heightening the concern of New York City officials. The New York Times interviewed Police Commissioner William J. Bratton just after the release of the video. Bratton explained that the film was clearly an effective medium disseminating propaganda. However, Bratton continued by expressing that the images of New York City are not current. Bratton ended with reassurances that the possibility of terrorism is being taken very seriously.

The New York Times took statements from NYC Mayor Bill deBlasio and DeBlassio echoed Bratton’s statements by confirming that there have not been any real, or specific, threats to the city. The mayor also took the opportunity to describe a newly formed elite counterterrorism force. The new team consists of 500 officers specializing in anti-terrorism defense tactics and will be called the Critical Response Command. NYC has a multitude of high-interest targets requiring the ability to rapidly respond to simultaneous attacks. Critical Response Command officers will maintain regular patrol throughout the city while remaining ready for the worst possible scenario.

Since 9/11, NYC has been the target for several terrorist plots. A cyanide attack on the subway system, attack on the New York Stock Exchange, suicide bombings on Long Island’s PATH train as well as an attack on JFK Airport, were all prevented. Direct communication and the sharing of intelligence among the NYC Police Department and agencies federal and international are credited for the prevention. Security measures are frequently reviewed, receiving upgrades as needed. A police force with numbers similar to that of a small military allows NYC to provide an environment that welcomes visitors while providing heightened protection.

New York City is on alert as The Daily News, in a recent report, states that counter-terrorism techniques rapidly evolve as terrorists become more sophisticated with their tactics. The attacks of 9/11 brought to consciousness that social media outlets such as Facebook and Twitter were serving as a means by which terrorist cells would communicate. The Daily News further reported that as law enforcement agencies identified the importance of social media, terrorist groups shifted tactics and began disseminating encrypted messages through apps designed for that purpose.

Status as an international city, NYC is consistently receiving visitors from all over the world. A reputation of inclusiveness is a call mark of the city. As a result, attracting a diversity of ethnicities. Heterogeneity is seen throughout Manhattan as well as in each of the outer boroughs. In a recent report, The Daily Mail interviewed a member of NYC’s Syrian community. In the report, the person interviewed expressed a belief that terrorist cells have been present in the U.S. for a number of years. Corruption within the Syrian government is cited in the report as contributing to the ease through which identities is fabricated. Government officials having received compensation in exchange for new identities and other official documents are reported to be the norm.

New York City is on alert as a result of threats levied against it. Large numbers of soft targets necessitate that security measures intensify. Disruption of commerce is a daily concern that increases as the holiday season approach. Threats directed towards NYC potentially affect the flow of economic activity. In response, The White Pains Daily Voice reports an increased presence by uniformed officers at shopping malls, commercial venues, and tourist attractions will continue well into the New Year.