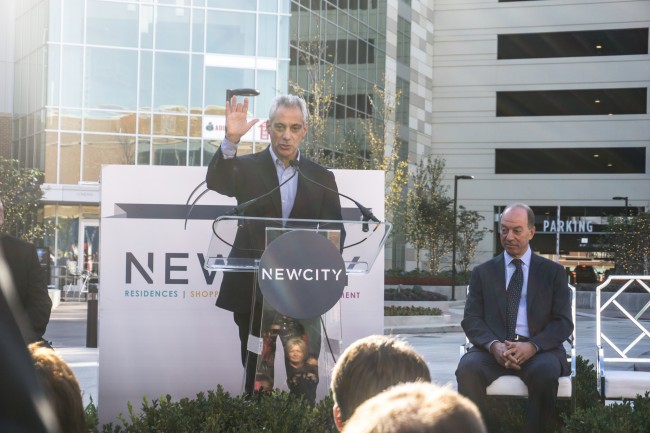 The Chicago Police Department has released video of the shooting of 17-year-old Laquan McDonald by an officer in October 2014. Anticipating the rage the footage would create when released, Mayor Rahm Emanuel asked the community to remain calm, saying that he believes the situation can be used to build bridges between races and create an understanding. He does not want the video to create a barrier between Chicago residents.

Garry McCarthy, the superintendent of the Chicago police department, believes people have a right to be angry. He acknowledged the anger of the people and confirmed their right to free speech as well as their right to protest. He, however, stated that people are without the right to participate in criminal activity, regardless of how angry they are. Chicago was prepared for protests before the release of the video.

The Chicago police officer, who has been charged with the murder of the teenage boy, has been fired, according to McCarthy. He continued by saying the former police officer must account for his actions in taking the young man’s life.

The officer who committed the fatal shooting of the black teenager has been charged with first-degree murder. This is a turning point for the city, which is braced for unrest. Anita Alvarez, the state’s attorney for Cook County, announced that former officer Jason Van Dyke had turned himself into authorities on Tuesday, Nov. 24, 2015.

Protesters say McDonald did not pose a threat to anyone when he was fatally shot, and that Van Dyke killed the black teen after he was already wounded from a gunshot and was lying on the ground. It is reported that the former Chicago officer shot the teen 16 times.

Van Dyke was on the department’s payroll until Nov. 24, although on limited duty, while the investigation continued. He was charged the day before the deadline to release the video of the shooting. Van Dyke’s attorney referred to the video as “graphic, disturbing, and difficult to watch.”