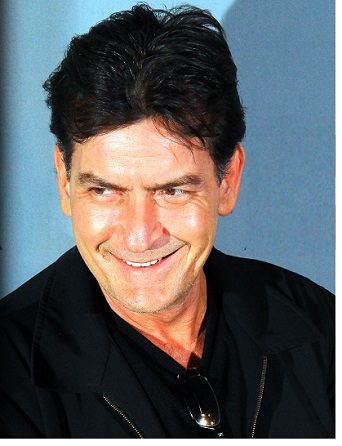 PositiveSingles.com, the largest anonymous STD dating community, invites Charlie Sheen to join its website community and would be pleased to offer him a lifetime membership if he accepts. The website, whose motto is “You Are Not Alone,” currently has over 160,000 HIV positive members.

On Nov. 17, 2015,  the 50-year-old Hollywood actor and the son of famous actor Martin Sheen, revealed that he is HIV positive during an interview with Matt Lauer on the Today Show. However, “Charlie does not have AIDS,” said Sheen’s physician, Dr. Robert Huizenga, an associate professor of clinical medicine at the University of California in Los Angeles.

Sheen first found out about his HIV status “about four years ago” according to the Today Show interview. Sheen also revealed that he takes four pills every day. He confessed to the media that he has paid many who threatened to expose his HIV status. Sheen indicated that he became quite depressed because his doctor was so concerned about his condition. Now, he has decided to face the reality of his medical condition and dispel the stigma of HIV by going public with his diagnosis.

PositiveSingles is a completely anonymous website supporting this great community of people so that they can move forward, be positive, find hope and feel good about themselves again. PositiveSingles.com consultant, Richard Cordova, who has been living with HIV since 2002, said:

People may feel shameful, frustrated and lonely after being diagnosed with an STD. Sheen, as a famous Hollywood celebrity, must be going through an even harder time than most could imagine.

Like all others who are HIV positive, Sheen needs to talk with those who understand what he is going through without having to divulge personal information. This would undoubtedly prove to be very helpful for him just as it is for anyone with an STD. As as result, PositiveSingles.com has invited him to join its website with a free lifetime membership. This community always reminds those who have an STD, “You are not alone.”

As a famous celebrity and also a millionaire, Charlie is not new to online dating. In 2008, it was reported by Forbes that he was on the prestigious millionaire dating site MillionaireMatch.com and was quite active for a few months. If he ever intends to join a dating site again, STD dating sites would be his best option given his current condition.  If the famed celebrity decides to join the PositiveSingles.com community, he will receive a lifetime membership free of charge.