South Africa the Liability of the Zuma Leadership 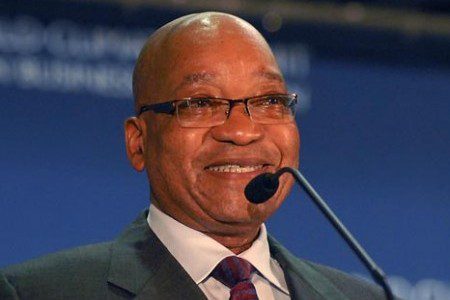 The President of South Africa, Jacob Zuma, is not a liability and the leadership is steering the country to great achievements. At an elective conference of the African National Congress (ANC) held in KwaZulu-Natal, Zuma said, the ANC comes first then the country, and that as president was not a liability. Zuma said South Africa needed a responsible organization that would lead the people “to their destination.” Although Zuma did not elaborate on the “destination” and under the present circumstances the destination could be echoed as a journey of poverty while the ANC enriches the elite.

To waste valuable resources on frivolous expenditure when there are so many more important resource-starved initiatives in this country is precisely what the ANC keeps doing. It does not matter that there is a water crisis, education problems, starving people, crime, and corruption. It is all about the ANC government creating an illusion of choice while the ANC elite robs the poor with impunity. The people are enslaved to a corrupt financial system, and the shackles become evident. A financial system controlled by the politics of ANC government voted into power by people who support this mediocrity of brainwashed imbeciles who allow the ANC to dominate the downfall of a once flourishing country.

Students are marching for free education, and the government said there was no money. There are no jobs for the graduates, and unemployment is at an all-time high. People are living in shacks and overcrowded squatter camps with little or no sanitary facilities. There is a bleak outlook for the economy of South Africa, and yet the ANC government keeps on spending money.

The latest acquisition is a new VIP jet for the president, who incidentally received one in 2012. Apparently, the last jet, a 2012 Global Express 6000 Business Jet which cost ZAR 3.1 billion, has nothing wrong with it. This jet recently underwent extensive maintenance and is in mint condition. The new 2015 upgrade will cost South African taxpayers ZAR 4 Billion and boasts of a luxury home for Zuma, complete with bedrooms, multiple lounges, and an onboard restaurant. The new jet will be one of the most expensive purchases of all time.

Recently the Finance Minister Nhlanhla Nene announced revised spending plans to reduce waste and the new acquisition is causing a storm. It is obvious wasteful expenditure excludes any Zuma expenses. Zuma does not deserve the respect of the people, after the extravagant spending on the Nkandla homestead and now a new jet. Zuma is gambling with the country’s wealth and does not care about taxpayers, especially the black ones. No wonder the government is broke and does not have funds to create jobs, improve schools, medical facilities, and the list does not end.

Leadership is all about loving and embracing people who trust and welcome the government’s vision for the future. Everybody wants a decent education, medical facilities, and service deliveries. However, the ANC government has failed the masses. The ANC makes empty promises yet keeps on spending taxpayers’ money to enrich the elite while the majority live in poverty.

Zuma is a president loved by millions who remains blinded to the faults and poor governance of the ANC government. Millions will stay loyal to the ANC, which represents freedom from apartheid and remain enslaved into poverty. It does not matter that Zuma is a disgrace to South Africa and that the presidency is not moving South Africa out of a third world status. It is not a question of finding fault with Zuma or an obsession with the poor performance of the ANC-led government, rather it is an awareness that the struggle is far from over. Zuma and the ANC government do not care about the people, and the ANC elite will rally behind Zuma giving full support of the wasteful expenditure. Zuma lives as the ANC leads and fools follow, simply because the country does not come first and the president is not a liability to South Africa.