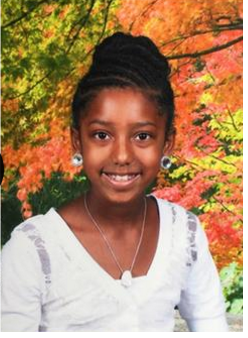 A nine-year-old New York girl has died after being viciously attacked by a pit bull while playing in the backyard of a home in Long Island. Reportedly, three police officers showed up at the home in response to a frantic 911 call and witnessed the dog attacking the child. As one officer entered the yard the pit bull immediately charged toward her. The officer fired several shots, killing the canine.

Detective Michael Bitsko of the Nassau County Police Department said the reason the dog attacked the girl so violently and then turned on the officer is unknown. However, after the dog was distracted the remaining two officers hurried to aid the child. She was rushed to Franklin Hospital in critical condition and pronounced dead around 1:42 p.m. None of the officers were hurt.

Neighbors and witnesses described a traumatic scene of failed attempts to free the child from the pit bull’s clenched jaws. Her two friends were running and screaming for help as the dog continued to maul the nine-year-old. A next door neighbor said:

I saw two girls run into the street screaming for help as the attack continued. Everybody on the block tried to help, it was really horrible. When the ambulance came, they put her on the stretcher and put a mask over her face. . . . This is a horrible tragedy.

According to the American Society for the Prevention of Cruelty to Animals (ASPCA), the pit bull is a progeny of the English bull-baiting dog. These dogs were bred to bite and hold large animals around the face and head, such as bears and bulls. The ASPCA wanted to clarify that in no way does this mean pit bulls are automatically aggressive; some were selected and bred for companionship and work while others were specifically for fighting. 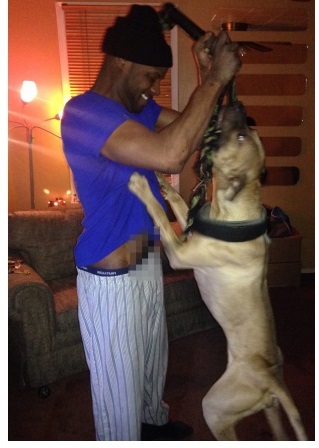 Even dogs that were bred to fight other animals were not taught to be aggressive towards humans. The canines needed to be handled routinely by people, therefore that type of behavior was not acceptable. If a pit bull demonstrated aggressive behavior towards people, it was immediately killed to avoid passing on such traits. The ASPCA stated research on pet canines confirm that dogs which are aggressive to dogs are no more likely to direct aggression toward people than those that are not aggressive to other canines.

Neighbors of the little girl who was mauled to death say the pit bull was otherwise gentle. The community was shocked to learn of the tragic incident and are horrified at the outcome. Anthony Tyron Jett, who lives at the house, described the dog as gentle and said:

Kane was a good dog, that’s what I don’t understand.

Pit Bulls have long been hailed as vicious animals, however, according to the ASPCA, the dogs which were selected for and trained for companionship and work have long been popular family pets. They have notable qualities such as affectionate, gentle and loyal.

Canines that are isolated from positive interaction with people such as being restricted to the outside are more likely to be aggressive; socialization has a powerful impact on a dog’s behavior.  In order to reduce the risk of negative behavior, pets must be integrated into owner’s homes and family.  Reportedly, when young dogs learn how to interact, play and communicate with people, as well as other dogs, they are less likely to demonstrate aggressive behavior as adults.

Many pit bull owners believe these canines are not vicious at all.  Last year a two-year-old Pit Bull was hailed a hero by the owner after he saved a deaf teen from a deadly house fire. The dog smelled smoke and rushed to alert his sleeping owner; a teenager named Nick Lamb. Ace licked the boy’s face persistently until he awakened. The boy was home alone and did not hear the smoke detector blaring because he had removed his hearing aids before taking a nap.

Unfortunately, this is not the testament of Kane who recently mauled a nine-year-old girl to death. The child was pronounced dead just four hours after the vicious attack. Three officers arrived at the home to find the dog’s attack still in progress. One of the officers, after the pit bull charged towards her, fired several shots and killed the dog.