Should Pit Bulls Be Banned? [Video] 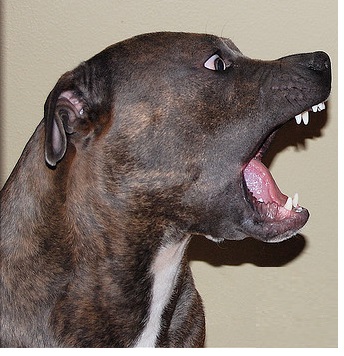 Pit Bulls have been deemed the Jekyll and Hyde of dogs worldwide. Having been credited with innumerable unpredictable attacks, a breed ban seems to be the only reasonable response. This is the most proactive policy that can be undertaken concerning the tragic problem of attacks which have become the norm. A ban saves lives by preventing attacks before they occur. By prohibiting future breeding, the ban would also save countless pit bulls from systematic euthanasia. Should the breed be banned?

The breed has already been banned on all military bases and in 40 countries. Within the United States, cities such as Miami, Denver and Pawtucket have already adopted pit bull bans and have released data to support its dramatic success. Many reports from the American Society for the Prevention of Cruelty to Animals (ASPCA) seemingly suggest that the breed is not as bad as the owners who fail to rear them properly. This is not a complete assessment. The ASPCA’s Shelter Guidelines for Pit Bulls confirm the truth behind many coffins which contain the remains of this breed’s victims.

According to documented reports revealed within many non-profit organizations and as well as the Shelter Guidelines from the ASPCA, pit bulls should be banned; especially within communal occupants. The guidelines state that this breed has been known to attack those with whom it has had a good relationship over a lengthy time. They not only ignore signs of submission from other dogs, but give no warning before attacking its victims. 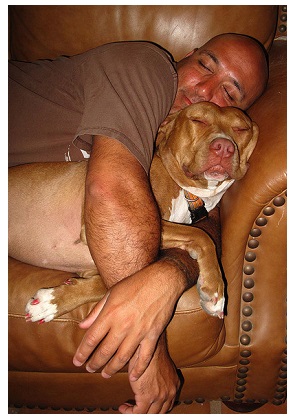 Pit bulls can be so vicious they will chew up stainless steel containers, climb fences, and attack victims through chain-link fences. The breed has the ability to destroy typical epoxy paint on walls and floors, break through conventional cage doors, and as such, require special housing considerations. The guidelines also warn that a panic button should be installed in rooms housing the breed. All of these warnings confirm that a breed ban is in order.

There is a large amount of documented history covering pit bull killings for centuries with no accountability. Instead, the breed’s advocates claim the dogs are really gentle and docile pets where only bad owners produce killer canines. After the recent story surfaced of a pit bull mauling a nine-year-old girl to death in New York, many are again asking, “Where are these gentle pit bulls?” one person said:

How many times are we going to hear pit owners say this after their animal kills a child that ‘he was a good dog and never showed any signs of aggression?’ I am sick of it. This what this breed was created for and it is doing its job. There is a reason the breed is banned in 40 countries and on all military bases. BAN THE BREED END THE DEED!! How many more kids have to die like this before we do something? This is disgusting.

Pit bulls were selectively bred for dog fighting, which is an activity that is now a felony in all 50 states. This alone has many critics wondering why the breed has not been banned. DogsBite is an organization, of which many exist, that has been deemed the primary whistleblower opposing well-funded animal “expert” groups that manipulate the truth about this dangerous breed of dogs. The company’s main goal is to protect human lives.  However, the number of reports continue to rise concerning maulings, maimings, and deaths inflicted by this distinct breed.

With more than 70 attacks in less than 30 days, this ordeal is not something to wink at; it is a crisis. The reported success of the breed ban is indisputable. Not only has the ban dramatically reduced the number of attacks by pit bulls on people and pets, but euthanasia and shelter intake rates have been greatly reduced as well. The question remains, “Should pit bulls be banned?”

26 Responses to "Should Pit Bulls Be Banned? [Video]"