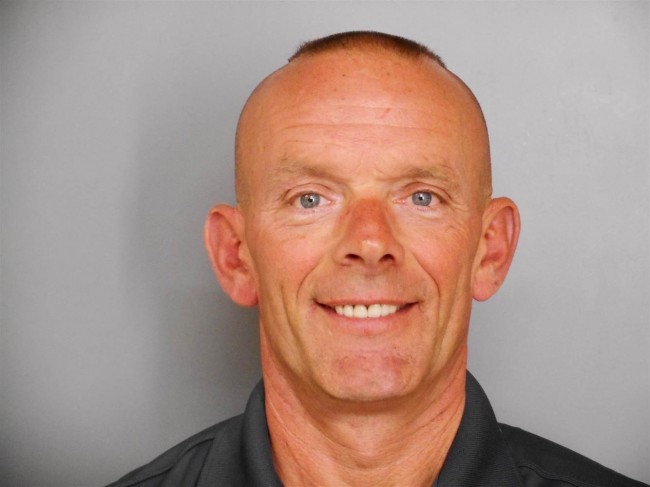 Court documents released on Tuesday, Nov. 17, 2015, reveal that the Illinois police officer who staged his own suicide to make it appear a murder spent embezzled funds on everyday purchases such as movie tickets, coffee, and meals at restaurants. Now his widow wants access to their money, which was frozen by investigators. Lt. Charles Joseph Gliniewicz of the Fox Lake, Illinois, police department, had been stealing from the Explorer youth program fund, which is sponsored by the northern Illinois police department, for years. The Explorer fund mentors youth who have expressed a desire to someday go into law enforcement themselves. Authorities believe Charles Gliniewicz took his own life, but tried to make it look as though he was murdered, when it appeared as though his embezzlement might be discovered.

Money earmarked for and deposited into the Explorer account, for which Charles Gliniewicz served as adviser, came mainly from donations from local businesses. Other funds received came from checks written by parents to cover enrollment fees into the group for their children.

In addition to everyday purchases, the records released by prosecutors indicate that Charles Gliniewicz spent thousands of dollars stolen from the program on dating and adult entertainment websites as well as hormonal supplements. More expensive expenditures made with the embezzled money included a trip to Hawaii for nearly $6000 and over $15,000 paid to a student loan.

Charles Gliniewicz was found shot to death on Sept. 1, 2015, after he radioed dispatch to tell them he was involved in a foot chase with three individuals. Three minutes later, the officer requested back-up in a communication that would be his last. The radio call sparked a massive manhunt for the three men involving more than 400 law enforcement officers. The three were never found. Fox Lake officials released the result of their investigation into the officer’s shooting in early November, which showed the murder had been a suicide staged to appear as though Charles Gliniewicz had been killed in the line of duty.

In all, prosecutors say that Charles Gliniewicz took cash withdrawals of $29,157 from the Explorer account. The largest amount withdrawn was $7000, which was deposited into an account held by his wife, Melodie Gliniewicz. Her attorneys say there was nothing wrong with the transaction, and cite deposits into the account amounting to $58,800, which they say came from Charles Gliniewicz’ retirement account and paychecks.

Attorneys for Melodie Gliniewicz released the records as part of a case arguing that prosecutors, who froze two credit card accounts and six other accounts held by the police officer and his wife on Nov. 6, did so wrongly. Their client learned that the accounts had been frozen when she tried to buy gas for her vehicle. The lawyers are requesting that prosecutors release the accounts, because without access to those funds or credit, Melodie Gliniewicz is unable to pay her medical bills, mortgage payments, and other household expenses. The Daily Herald cites officials who say the accounts were seized in connection with possible theft and money laundering. According to Cmdr. George Filenko of the Lake County Major Crimes task force, over $250,000 went into and out of the Explorer fund as possible money laundering transactions. All told, they suspect Charles Gliniewicz embezzled “over five figures” from the fund.

Melodie Gliniewicz’s attorneys are requesting a hearing in Lake County Court in hopes that their client, the widow of the Illinois police officer who staged his own suicide due to fear that his embezzlement would be discovered, will be granted access to the frozen money. Her lawyers believe that the investigators in the case had no probable cause to investigate the widow for theft and used the wrong bank information on the restraining order which froze her account.

The Associated Press reports that an official who is familiar with the details of the investigation has said that both Melodie Gliniewicz and her son are currently under investigation in connection with the case. Her lawyers want the court to allow the widow of the Illinois police officer, who staged his suicide due to fear that his embezzlement would be discovered, to have access to the money. As part of the document release, her attorneys ask the public to not “[rush] to, or [misplace] judgment,” and express their belief that “the truth will come out in time.”