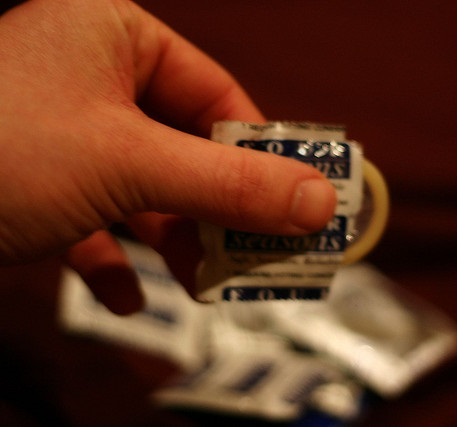 There seems to be a new internet “challenge” with each season. The Ice Bucket Challenge is probably the most notable, but the Cinnamon and Kylie Jenner Lip Challenge are not far behind. The newest craze is the Condom Challenge, which has claimed another victim, and may prove to be more dangerous than those previously mentioned. This challenge works by filling a condom with water before holding it above the challenger’s head. As the water-filled condom is dropped it wraps itself around the person’s face. The original purpose behind the challenge was to prove that any man claiming his penis was too large for a condom was lying.

Law enforcement has issued several warnings concerning the Condom Challenge and the possibility of serious injuries. The dangers are quite evident upon reading the description, however, this has not stopped teens from attempting this viral, but life-threatening, trend. Las Vegas police chief Larry Whittum said:

We strongly advise teens to not perform this challenge and to certainly not record it and post it online. This is a stupid and dangerous challenge that has no real merit. Everyone knows that condoms can fit any size penis, and filling a rubber with water and dropping it on someone’s head is not going to bring awareness to anything. You are just going to continue to breed other stupid challenges performed by other stupid people like yourselves.

As the Condom Challenge continued to gain attention, several disreputable sites began spreading a fake story of the death of a teen after attempting the challenge. While it is potentially dangerous, there have been no official reports about a teenager dying while filming the stunt. Although no fatalities are known, the craze has claimed another victim who contracted herpes after using a used condom he found in his father’s bedroom. The victim has now started a campaign to warn others about the dangers of doing things viewed on the internet. 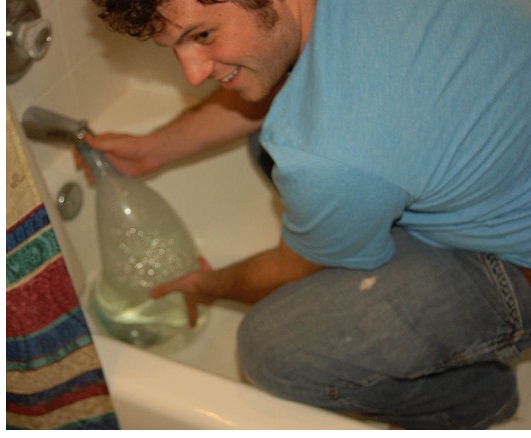 According to the Centers for Disease Control and Prevention, no cure exists for the STD. There are, however, medicines which prevent or shorten herpes outbreaks. Many people who have the STD experience very mild symptoms while some have none. When the virus is present, sores (or blisters) usually appear on or around the mouth, rectum or genitals. These symptoms are sometimes referred to as “an outbreak.” The first time someone experiences an outbreak it may be accompanied by flu-like symptoms such as body aches, swollen glands, and fever.

The Condom Challenge has now claimed another victim and resulted in this incurable disease. The first time the challenge was introduced it including inserting a condom into one’s nostril and snorting it back through the throat to be coughed out of the mouth. This new version involves filling a condom with water and dropping it on the challenger’s head in order to prove elasticity.

Regardless of the dangers surrounding this potentially fatal challenge it continues to be attempted by several people across the globe. Thousands of videos have already surfaced on many social media sites with the hashtag #condomchallenge and continue to be added daily. In November 2015, there were over 295,500 mentions and posts surrounding the new craze. Although created to prove the elasticity of condoms, if the apparatus does not break, the participant is at risk for suffocation. In the recent case of the unsuspecting teen, the Condom Challenge has claimed another victim leaving a teen with an incurable STD.

One Response to "Condom Challenge Claims Another Victim [Video]"