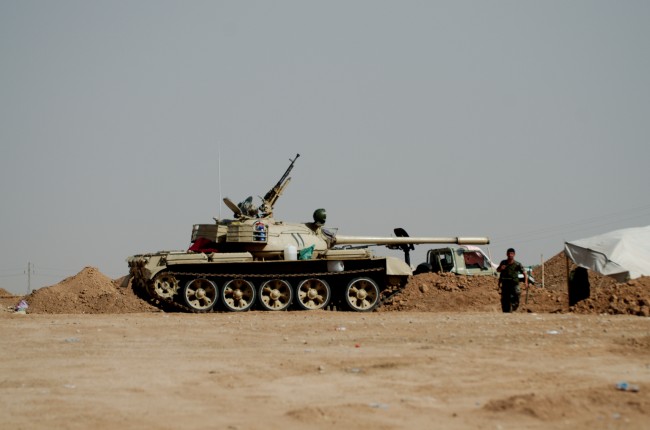 The European Union (EU) has formed a faction to combat extremist groups online. Specifically ISIS, who has long been recruiting all over the world via the Internet. The EU requested volunteers from law enforcement, as well as Internet firms, to be involved in the faction. The EU Internet Forum met for the first time on Friday, Dec. 4, 2015.

According to AFP News, the forum included senior representatives from Facebook, Ask.fm, Microsoft, Google, and Twitter. Authorities who volunteered to join the faction were the European police agency in The Hague and Europol. Dimitris Avramopoulos, the European Union Home Affairs Commissioner, made a statement accusing terrorists of abusing the Internet by spreading their poisonous propaganda.

Avramopoulos states there will be a platform so developed knowledge can be shared across the Member States. This will enable the EU Internet Forum to create faster operational decisions. The faction will also be a reliable and trustworthy voice to challenge the extremists’ rhetoric.

According to the European Union, over 5,000 people have left Europe to join extremists’ militant groups in the Middle East. EU Commissioner for Justice, Vera Jourova, stated, “There is growing evidence that online incitement to hatred leads to violence offline.” One goal of the forum is to combat and end the Internet extremist propaganda. She also emphasized the line between freedom of speech and putting an end to hatred on the Internet, must not be crossed.

The primary purpose of the EU Internet Forum is to stop jihadists from misusing different channels of Internet communication for their recruitment. Also discussed, was how to use best the Internet to take a stand against terrorism rhetoric and the overwhelming talk of hatred, according to the European Commission.

The goal goes beyond online propaganda to stepping up against illegal trafficking of explosives and firearms facilitating terrorism. The faction has put together a proposal for a Directive on Terrorism, which will work to prevent terrorist attacks, through the criminalization of preparatory acts. These acts include, but are not limited to, traveling abroad, training for the purpose of terrorism, aiding or abetting, and attempting or inciting terrorist acts.

The forum also put together an Action Plan that turns up the heat on combating terrorists and criminals who obtain weapons and explosives illegally. The European Union wants a solid defense to fight extremists. The Member States will set up “inter-connected national focal points on firearms.” This will enable them to cultivate a program with the right knowledge, analysis, and reporting capabilities necessary to facilitate the communication to stop the trafficking of illegal firearms. Europol’s Internet Referral Unit will also be utilized to follow and report online trafficking between the Member States.

The Action Plan requires the Member States to either expand or create cyber-patrol teams to include the trafficking of explosives and firearms. This plan would essentially prevent illegal firearms from entering the European Union through commercial containers, transported via passenger vehicles, or in a traveler’s luggage.

The Member States will share data retrieved through an information exchange. All learned information will be put into the Schengen Information System, as well as Interpol’s iARMS.

The European Union wants to include allies in their Action Plan. It is hopeful that opening a dialogue with key countries concerning the movement of explosives or firearms will strengthen the security of all countries involved.

The European Commission has proposed gaining the cooperation of countries in North Africa, the Middle East, the Western Balkans, Ukraine, and Turkey as well. There have also been talks of opening communication with the Arab League, countries in the region of Sahel, and multiple international organizations. The EU has also planned to offer financial assistance to those countries who wish to join their Action Plan, both on the borders and online, to combat extremists.

Frans Timmermans, the European Commission First Vice-President, made a statement that The Commission will do all it can to ensure all the Member States are able to combat any terrorist threat. It is necessary to have the cooperation of the European Union and third countries to come down harder on black market sales of explosives and firearms. Timmermans believes that the Commission’s plan will “facilitate the efforts of national authorities to disrupt terrorist networks,” and extremist groups at the borders and online.