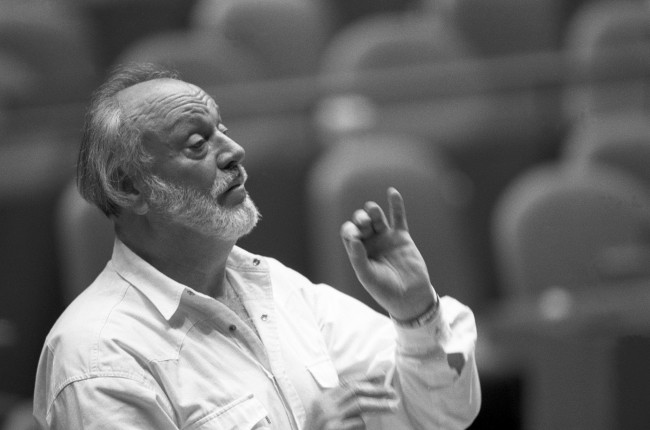 The death of Kurt Masur, the former New York Philharmonic Conductor, was announced on Dec. 19, 2015. He was 88 years old. According to The New York Times, the music director transformed the orchestra during his tenure between 1991-2002.

Masur was born in the country now known as Poland. At the time of his birth on July 18, 1927, Brzeg. Poland was Brieg, Germany. As a youngster, he was encouraged to follow in his father’s footsteps and study to become an electrician. However, he also studied music and his education included piano, organ, cello and percussion.

Following his desire to make music his career, the young man attended the National Music School in Breslau, Germany, now Wroclaw, Poland, between 1942-1944. His focus changed to conducting due to an injury in his right hand that was inoperable. The injury caused him to be unable to continue playing an instrument.

According to the Encyclopedia Britannica, he studied conducting at the Leipzig Conservatory, now known as Leipzig Academy of Music and Theatre, between 1946-1948. Masur worked as a conductor in East German opera houses, including a tenure at the Dresden Philharmonic. Between 1970-1996, he was the conductor of the Leipzig Gewandhaus Orchestra.

During this time, he began touring throughout the world as his skill and reputation became internationally known. “He was noted for his comprehensive repertoire, which featured the works of German Romantic composers such as Ludwig van Beethoven and Gustav Mahler.”

According to The New York Times, when the respected conductor began at the New York Philharmonic the orchestra members had become dissatisfied, even though they were considered to be a world-class ensemble. His tenure renewed the philharmonic’s respect and once again a renown world-class orchestra.

Masur died on Saturday, Dec. 18, 2015, in Greenwich, Connecticut. He left behind five children. One of his sons, Ken-David Masur, is currently the associate conductor at the San Diego Symphony in California.