Can Christ Really Be Replaced With an ‘X’ in Xmas? 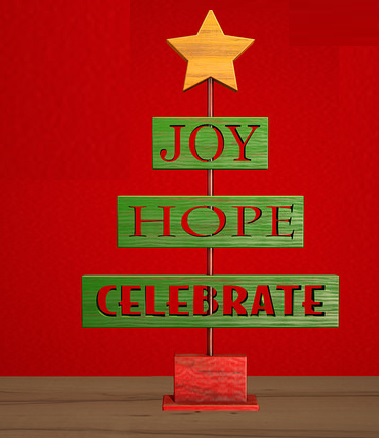 Although the term “Xmas” as an abbreviation of Christmas originated in the early Christian church as an ecumenical symbol, it has long been a constant source of disagreement among Christians who observe the holiday. Christmas is the day which has been set aside to celebrate the birth of Jesus, however, any serious theologians must admit that he was not actually born on this day. The New Testament of the Christian Bible was originally written in Greek and the corresponding letter for Christ is “X.”  Contrary to popular belief, it was not instituted by anti-Christ mechanisms to replace Christ in Christmas by an English alphabet X. So, before getting bent out of shape this season, one must ask themselves, “Can Christ really be replaced with an X in Xmas?”

The first two letters of the Greek word for Christ are “X” and “P” which were used in the early church as a monogram for Christ. The history of the word Xmas is actually more respectable and even fascinating than one might suspect. Even still, without any research or foundational information, many have succumbed to the default belief that Xmas should be viewed as offensive. Truth is, it should not affect anyone’s personal admiration of the honoree any more than the term “Happy Holidays” instead of “Merry Christmas.”

The possibility of finding Xmas in a church songbook or on a religious greeting card is undoubtedly slim because today the term’s popularity is mostly associated with materialism and directed toward those who decry the emergence of a generalized holiday observance as opposed to a particular religious and cultural ritual. However, the abbreviation predates by centuries its use in gaudy advertisements. It was first used in the mid-1500s has been an acceptable representation of the word “Christ” for hundreds of years. X, the Greek letter “chi,” is the initial letter in the word Χριστός which means Christ.

The word holiday comes from the Old English word hāligdæg (hālig “holy” + dæg “day”) and originally referred only to special religious days. The corresponding thought process surrounding “taking Christ out of Christmas” has been multiplied, but contrariwise it seems this would make the term “holiday” technically appropriate for the birth of the Holy One. 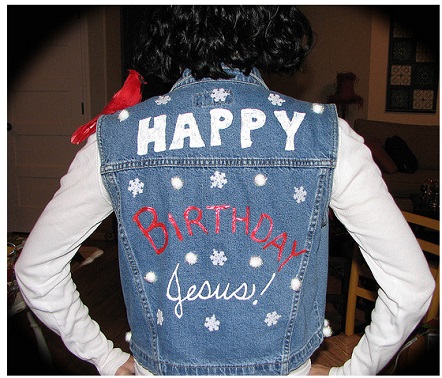 The use of Χ, as an abbreviation for Christ, is often misinterpreted as a modern secularization of the term. Can Christ really be replaced with an X and not viewed as offensive? After understanding its origination, again, which was derived from Chi, the Greek alphabet initial, as an abbreviation for Christ… The only answer is… of course it can for those who choose to phrase it that way. It is a Constitutional right and one of the founding freedoms of this great country.

Too many Christians are so focused on heaven that they have no connection with the people they are supposed to be evangelizing. For the most part, only Christians are in their circle of peers. They are so busy being inundated with Christian stickers, the metal fish symbols on their vehicles and sporting their Christian t-shirts, the real world is passing them by. They often find themselves regularly using Christian words, phrases and clichés such as prayer warrior, fellowship, traveling mercies, and saying things like, “I have to check my spirit” and “God works in mysterious ways.” Apart from the word fellowship… this “Christianeeze” language is not even in the Bible.

A careful analysis of Scripture clearly indicates that December 25 is an unlikely date for Christ’s birth. The truth is that early on, Christians did not celebrate Christ’s birth; it was His death and resurrection that were supremely important. So, can Christ really be replaced with an X when referencing Christmas? Absolutely, if one so chooses. Ultimately, life boils down to what people make things mean, not what others say.  So Happy Holidays, Merry Christmas, Season’s Greetings, Feliz Navidad or even Happy Xmas; whichever works, just make sure it is a time of sharing, caring, joy and peace.

The Bible Study Site: Why is Christmas shortened to XMAS?

2 Responses to "Can Christ Really Be Replaced With an ‘X’ in Xmas?"