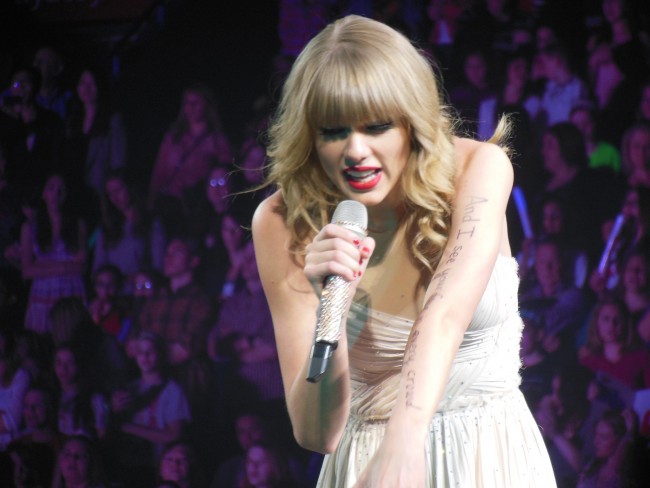 The 2016 Grammy Awards are scheduled to air on CBS at 8:00 p.m. CST on Feb. 15, 2016. These prestigious awards have recognized artistic musical achievement for 54 years. They are the only peer-presented awards in the recording industry that do not take into account album sales or chart position, as stated on the Grammy Awards website. According to Billboard, this year promises a few surprises and snubs.

Billboard reports that Chris Stapleton, nominated for Album of the Year for his number one country solo album, Traveller, missed his nomination announcement because he was watching the wrong television channel. Stapleton claims his sister walked in shouting, “Congratulations!” However, Stapleton did not want to celebrate his nomination because he is too busy shooting a new music video for a song he was not yet willing to reveal.

CBS reports it is no surprise that Taylor Swift snagged seven nominations this year. One is for her record, Blank Space, and another is for her fifth studio album, 1989, which sold over 1,287,000 U.S. copies in seven days. It was topped only by Adele’s new release, 25, which sold more than that amount in just a few days. Unfortunately, Adele’s phenomenal achievement will not be recognized this year. According to E! online, her album was released too late to be considered for nomination. She is definitely on the radar, however, for 2017.

Los Angeles rapper Kendrick Lamar is nominated for 11 awards. According to The New York Times, Lamar’s album, To Pimp a Butterfly, was one of the most adored and popular releases of the year. The National Academy of Recording Arts and Sciences announced that the album is up for nine awards. This album is said to be rich with themes of black identity and social conflict in America. Lamar’s hit song, Alright, was also nominated for Song of the Year.

The nominations for the 2016 Grammy Awards were not all about surprises, as there were also a few snubs. CBS News reported on others who were not nominated despite their musical successes this year. Among them are Fetty Wap, a young rapper from Paterson, New Jersey, best known for his hit song, Trap Queen. Being overlooked for the Best New Artist award was a bit of a surprise.

Canadian singer Aubrey Drake Graham, commonly known as just Drake, suffered a bit of a snub and a surprise. Supposedly, his hit song, Hotline Bling, had not gained enough traction before the nomination deadline, or had it? According to Forbes, Drake never submitted the song for consideration. Because his song was a surprise hit in 2015, many believe it should have been nominated. Forbes speculates that Drake believed it might hinder his chances of winning an award because he had already submitted other tracks for consideration.

CBS also reported that Beyoncé did not receive a nomination for the first time since 2004. Madonna was also passed up for her release, Rebel Heart. Rihanna’s single, FourFiveSeconds, also did not make the cut this year.

As prestigious as the Grammy Awards are, it seems there are many surprises and snubs in the 2016 nominations that many, including CBS, The New York Times, and Forbes had not seen coming.