By Shepherd Mutsvara on December 24, 20153 Comments 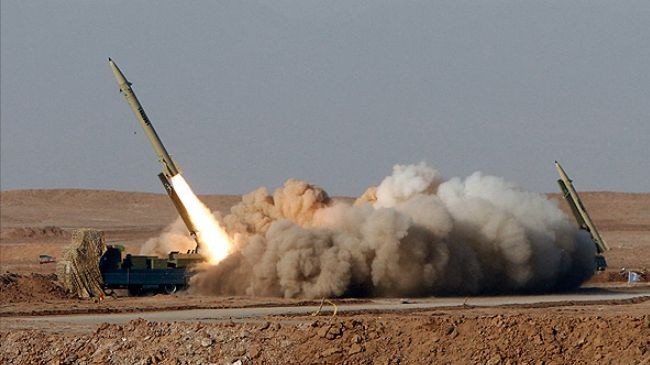 On Dec. 17, 2015, the U.S. lawmakers said that Iran’s continued ballistic missile tests are a serious affront to the recently signed nuclear accord. Tehran is reported to have launched two missile tests on October 10 and Nov. 21, 2015, near Chabahar, a port city close to Iran’s border with Pakistan. Congress views this as a blatant violation of Tehran’s obligations under U.N. Security Council resolutions known as the Joint Comprehensive Plan of Action (JCPOA), agreed in Vienna on July 14, 2015, by Germany, and five permanent members of the Security Council.

Bob Corker, a Tennessee Republican, who is also Senate’s foreign relations committee chairman is convinced that Iran has willfully violated the nuclear pact. “I think the agreement [JCPOA] is off to a really terrible start,” said Corker during a Senate hearing in which leading Obama administration officials testified. He went on to list a catalog of misdemeanors Tehran has committed, which include exportation of weapons to Yemen and war-torn Syria. In addition to the incarceration of Washington Post scribe Jason Rezaian, Corker told the hearing that there is “no evidence of [Iran] paying the price for any of these actions.”

Some Democrats on the committee are also of the view that Iran’s ballistic missile tests are an affront to the nuclear accord. Ben Cardin of Maryland remarked that the missile tests show that ” They cheat and want to develop nuclear weapons through covert activities.” Robert Menendez, a New Jersey Democrat, rallied behind Cardin saying, Tehran has for the past 20 years “tested the will of the international community.” Menendez added that there should be “zero tolerance” for any deviations from the spirit and letter of the JCPOA.

In terms of the provisions of Annex V of the JCPOA, Iran’s ballistic missile tests might not be seen as an affront to the nuclear accord. Annex V provides that, “The provisions of this Resolution [UNSCR] does not constitute provisions of the JCPOA.” Arguably, this might mean that Tehran may continue to willfully go against the obligations of the agreed resolutions, while at the same time, benefit from the lifting of economic sanctions. This “twisted logic” has disenfranchised the U.S. and its allies who have called upon the U.N. Security Council to punish Tehran for its actions.

Tehran appears to be unmoved by these accusations. On Dec. 16, 2015, the Iranian Defense Minister Hossein Dehqan told the country’s state news agency, IRNA, that all actions by Tehran were lawful and within the ambit of the state’s sovereign power. “No country in the world can dictate to our nation what to do.” He also stated that all actions by his country were “based on national interests.”

The Obama-led administration is, however, aware of the ramifications of Tehran’s actions. Stephen Mull, the State Department’s lead coordinator for implementing the JCPOA with Iran, acknowledged before a Senate hearing that Washington is considering “appropriate consequences” against Tehran for the ballistic missile tests. In White House Press Secretary Josh Earnest’s words, the missile tests by Iran remains “a serious matter that undermines regional stability.”