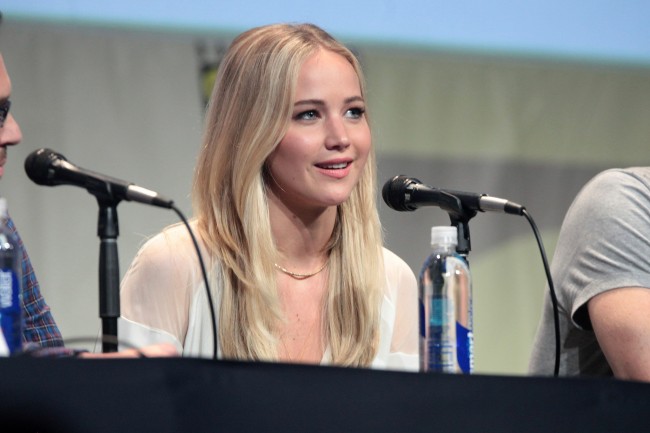 The film, Joy, premieres in the U.S. on Christmas Day, Dec. 25, 2015, starring Jennifer Lawrence, Robert De Niro, Isabella Rossellini, and many other well-known performers. The movie is loosely based on the true story of the Miracle Mop creator and brings movie patrons into the inventor’s life.

According to IMDb, the plot centers around four generations of the Italian-American family. Joy is listed by its producers as a biography, comedy, and drama. Lawrence, who portrays Joy Mangano, invites the audience into the life events of a woman who founded a successful and powerful business while she rises to the position of matriarch within the family. The film is described by IMDb as, “the wild true story” of the loss of innocence and the strife of love. Treachery and betrayal also play a big part in the storyline.

Time Magazine described the film as lacking. Stephanie Zacharek, a writer for the magazine, stated, “David O. Russell’s new film is a machine with too many moving parts.” She further stated that strong women, like Mangano, are not always the best subjects for films. However, Zacharek added, “to miss Joy would be to miss the pleasure of watching Lawrence.” The actress’s performance is focused and fascinating. 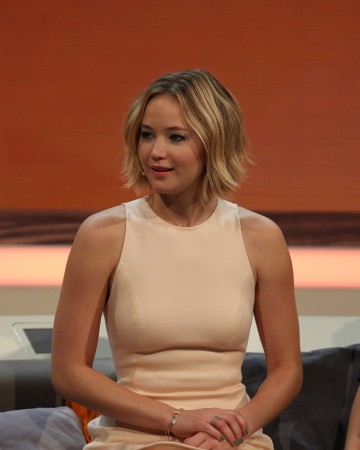 Russell wrote the screenplay and directed the film. Zacharek claimed he takes the audience through Mangano’s constantly evolving ideas which are “half-wild [and] half-practical,” and the opposition she encounters on her path to success.

The Time Magazine reviewer, stated the problem with the film is not that it is unrealistic, it is believable, but the director fails to be subtle in his delivery of the complex storyline. The attempt at inspiration fails to truly inspire.

Referring to Lawrence’s performance, the reviewer said, the actress is one that portrays a character of strength rather than that of a “great lady worthy of our admiration.” She further described the actress as, “an action verb in action.” However, 25-year-old Lawrence brings the struggles of Joy to life on Christmas Day for movie patrons, who will view a movie that is not as strong as the director’s original intention when he co-wrote the story with Annie Mumolo.

People Magazine described Mangano as amazing. Not only did the once struggling single mother of three become an overnight success when the Miracle Mop premiered, but she finally gained the recognition that inventors usually only dream of. The miracle of the mop is that it sold almost 20,000 units in about 2o minutes.

The inventor has yielded over $3 billion from her various creations. This was the driving inspiration for Russell to share her success.

When Mangano discussed her life story with People Magazine, she said that as a single mom, who was an inventor, she was not taken seriously before the Miracle Mop. She boasted that people are really paying attention now. The 59-year-old woman holds over 100 patents and is well-known for her Huggable Hangers, which were endorsed by Oprah Winfrey and in 2010, were the Home Shopping Network’s (HSN) best-selling product.

Virginia Madsen, Lawrence, and Mangano were among those present for the première of Joy at the Ziegfeld theater in Manhattan on Dec. 13, 2015. Madsen who portrays Terry, Joy’s mother, told Newsday, “I think all women can relate to struggling, striving to make your dream come true, [and] struggling to pay the bills.” She explains that her character was based on different people in Joy’s life rolled up into one fictional person.

Mangano added she was merely the inspiration for the story, and that her last name is never mentioned in the movie. She laughed when she told Newsday that Russell’s film is not a true biography, and asked, “Do you know many women that invented a Miracle Mop?”

Joy has been nominated for several movie industry awards. The 2016 Golden Globes nominations are Best Motion Picture, in the category for a musical or comedy and Jennifer Lawrence for the Best Performance by an Actress in the same category. There are also three nominations from the Critics Choice Awards, more from the Detroit Film Critic Society (DFCS), and the Phoenix Film Critics Society Awards (PFCS).

Lawrence, who was born the same year the Miracle Mop was invented, brings Joy to movie patrons on Christmas Day, Dec. 25, 2015. Even with mixed reviews, the film has received industry recognition. Lawrence’s portrayal in the loosely based true account of Joy Mangano’s life has been described in Time Magazine as, “an action verb in action.”