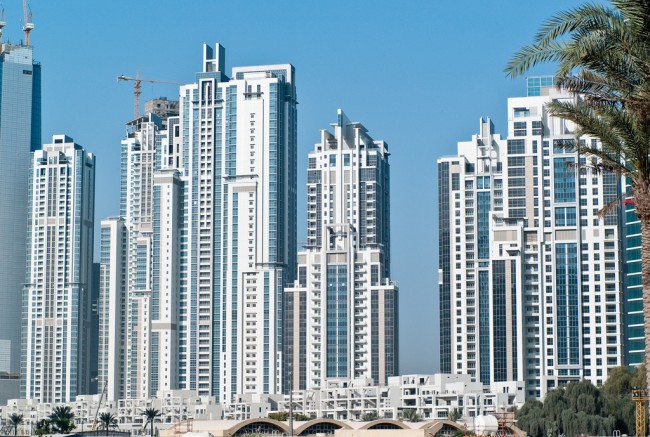 A skyscraper fire has erupted in Dubai. According to NBC News, on Dec. 21, 2015, The Address Hotel and Mall is engulfed in flames. The 63-story hotel is in downtown Dubai, United Arab Emirates. The hotel is across the plaza from the world’s largest building, the Burj Khalifa.

New Year’s Eve celebrations were set to begin with a fireworks display presented by the Buri Khalifa. Crowds had already begun to gather for the night’s revelry.

Dubai’s governmental media office used Twitter to release information about the fire, stating the fire and emergency teams were on site and dealing with the fire. The inferno apparently began outside the hotel on the 20th floor.

The media office announced, the fire did not spread indoors due to the internal fire extinguishers. “Four squads of firefighters are working to control [the] fire.”

An American citizen, Margaret Besheer, who is on vacation in Dubai told MSNBC that she was eating on a balcony above where the blaze began. She said, the fire spread quickly and engulfed the side of the building in less than seven minutes.

According to NBC News, The Address houses residences, retail and dining outlets as well as rentals. One of the restaurants in the building is run by Wolfgang Puck.

Guardian Liberty Voice will continue to update information as it becomes available.